The Biden administration officials traveled in and out of Kyiv by train. Ukrainian Railways chief Alexander Kamyshin said in a Telegram post that five stations were hit “within an hour.”

“Russian troops continue to systematically destroy railway infrastructure,” he added. “There are victims, we are finding out the details.”

Rail workers wait between two train lines near the site of a missile strike near Lviv, Ukraine, on April 25, 2022.
((Leon Neal/Getty Images))

Ukrainian authorities also said at least five people have been killed and 18 were wounded by Russian strikes in the central Vynnytsia region, in the towns of Zhmerynka and Koziatyn. 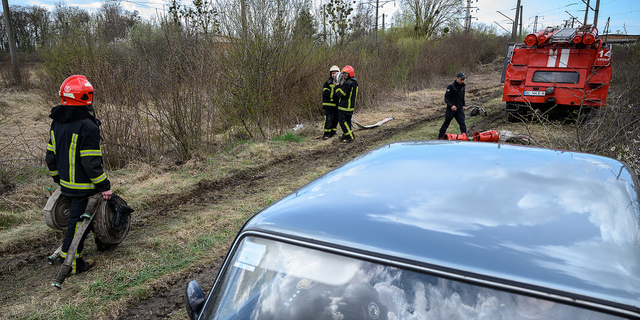 Firefighters carry hoses near the location of a missile strike on April 25, 2022 near Lviv, Ukraine.
((Leon Neal/Getty Images)) 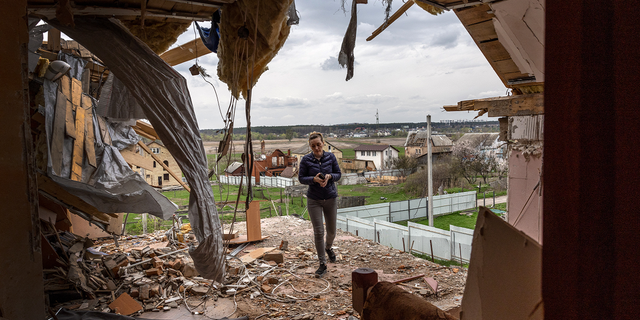 Local resident Oksana walks through the destroyed second floor of her multi-generational home while searching for salvageable items on Monday, April 25 in Hostomel, Ukraine, outside of Kyiv.

Rail networks run through both of those towns.

Fox News’ Simon Owen and the Associated Press contributed to this report.