Strong-to-severe thunderstorms will be possible across the Plains, Gulf Coast and up into the mid-Atlantic on Thursday.

Some of these storms will bring the risk of flooding.

The system that brought heavy rain and thunderstorms to the Northeast will move out during the afternoon with some lingering showers. 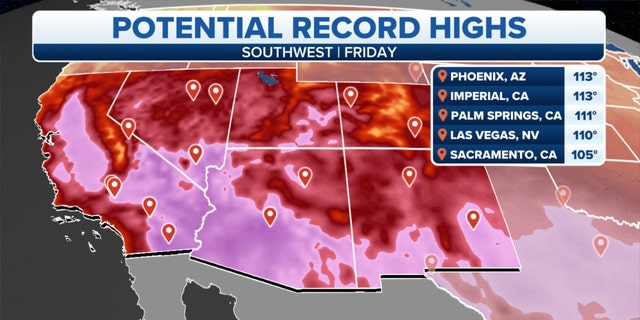 On Friday, the risk will fire up over portions of the Mississippi and Tennessee River valleys and the Gulf Coast.

Excessive heat will be the big story over California, the Southwest and Texas heading into the weekend, with record-high temperatures surpassing 100 degrees for many cities.