Polish President Andrzej Duda has launched a fresh attack against Russian President Vladimir Putin, saying in an interview this week that phone calls with him are like speaking to Adolf Hitler.

Duda made the remark late Wednesday after French President Emmanuel Macron – who has kept up a dialogue with Putin during the Ukraine war – said over the weekend that “we must not humiliate Russia so that the day when the fighting stops we can build an exit ramp through diplomatic means,” according to Reuters.

“Did anyone speak like this with Adolf Hitler during World War Two?” Duda reportedly told the German newspaper Bild. “Did anyone say that Adolf Hitler must save face? That we should proceed in such a way that it is not humiliating for Adolf Hitler? I have not heard such voices.”

Macron, meanwhile, said he is “convinced that it is France’s role to be a mediating power” in ending the Russia-Ukraine war, which began on Feb. 24 and has lasted 106 days.

“I think, and I told him, that he is making a historic and fundamental mistake for his people, for himself and for history,” Reuters has quoted Macron as saying.

In one phone call he held with Putin on May 28, Macron urged the Russian leader to release Ukrainian fighters captured at the Azovstal steel factory in Mariupol and to speak directly with Ukrainian President Volodymyr Zelenskyy, his office said. 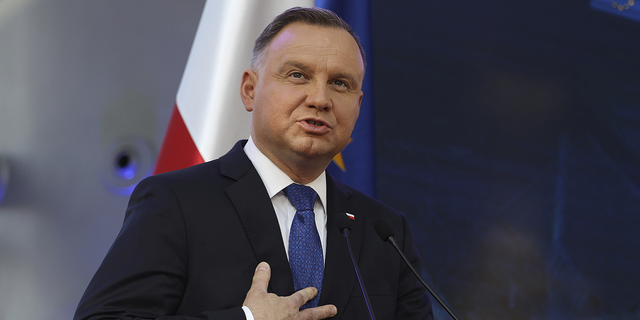 But Russian state media on Wednesday claimed some of those fighters have been transferred to Russia “for an investigation there,” with at least 100 being held in Moscow. 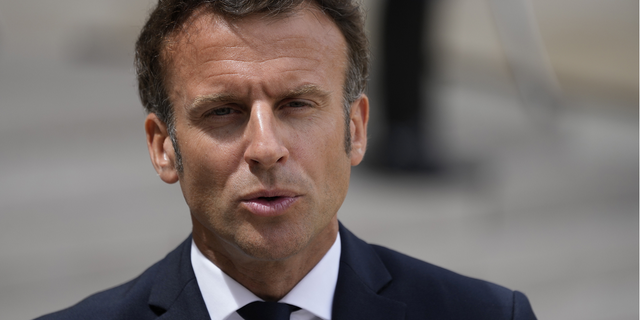 French President Emmanuel Macron delivers his speech with Portugal’s Prime Minister Antonio Costa, prior to their meeting at the Elysee Palace, in Paris, France, on Tuesday, June 7.
(AP/Francois Mori)

German Chancellor Olaf Scholz is also among the high-profile European leaders to have phone conversations with Putin.