JOHANNESBURG, South Africa – Seventy of South Africa’s KFC restaurants had to recently close, and 10 million chickens had to be destroyed because of the rolling power blackouts South Africa is suffering, according to the South African Poultry Association.

South African businesses and homes have power cuts for up to 10 hours every day, paralyzing cities like Johannesburg and having a devastating effect on an already weak economy. In the past six weeks particularly, the country’s poultry association claims the number of chickens slaughtered  and prepared for consumption has had to be reduced because of continual power cuts.

Izaak Breitenbach the association’s general manager told local media that “We simply can’t cope anymore, and we fall behind,” he continued “and then we see what we’ve seen with KFC: a shortage of chicken.”

A KFC restaurant in Johannesburg. Recent reports noted a shortage in Chickens due to continuous power cuts.
(Paul Tilsley for Fox News Digital)

KFC reported they have been able to reopen their restaurants and are currently getting enough chicken. However, other restaurant chains, including the South African fast food chain Nando’s, said the power cuts are affecting chicken production and deliveries to restaurants. “From our perspective it has put us under enormous pressure,” Geoff Whyte, CEO of Africa, Middle East and Asia for Nando’s said in a statement reported by local media.

Cyril Ramaphosa, currently the country’s president, said back in 2015, when he was in a more minor position, that he would have the problem of power cuts, which he euphemistically called “load shedding,” eliminated within months. He has repeated that claim several times. However, the cuts, nationally, are now worse and more frequent than ever. 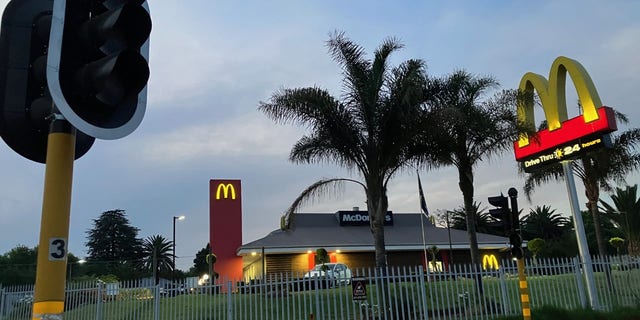 While the traffic lights are out in Johannesburg due to power cuts, a McDonald’s restaurant operates on a generator. Critics accuse the current South African president of hypocrisy over his family’s ownership and operation of the country’s McDonald’s franchise.
(Paul Tilsley for Fox News Digital)

Analysts point out that this issue only started after some politicians from the ruling ANC party and electricity officials were put in high places in return for their support for the party – “deployed” the ANC calls it openly, reportedly “ate” a high percentage of the funds needed to maintain and upgrade South Africa’s power stations.

The average South African is fed up with the continual empty promises that the power cuts will be ended. The main opposition party, the Democratic Alliance, will march on the ANC’s headquarters this coming week, and civil society and political groups are combining to make a march on Parliament and stage what they call a National Shutdown next month. 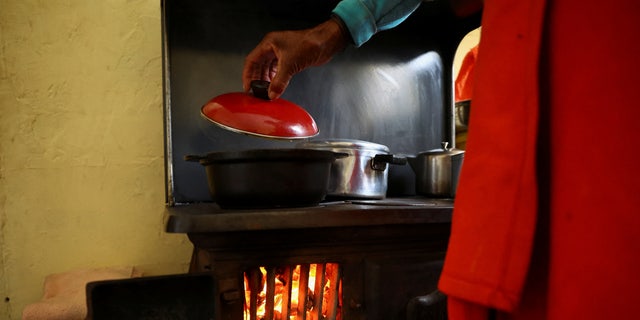 South Africa’s power woes swarm around the country’s coal-fired power stations. However, with more than 2,500 hours of sunshine in the country annually, solar power producers are gearing up to plug massively into the national grid. Cynics suggest it is all in the family: the largest solar projects are led by a company owned by Patrice Motsepe, a long-time ANC supporter and the president’s brother-in-law.

Additionally, President Ramaphosa is winning in another way: The president and his company owns McDonald’s chain of restaurants in South Africa. Unlike most other restaurants, McDonald’s has invested in large automatic generators.

In Johannesburg Monday evening, the stop lights were not working in the suburb of Melville because of load shedding – but everything is fully functional at McDonald’s, thanks to a container-sized generator.

The president’s restaurants’ drive-thru normally have long lines as the evening wears on, with frustrated local residents turning to what is often one of the few places with the lights – and ovens – still on.

Paul Tilsley covers Africa for Fox News Digital. He has experience in 87 countries in producing, reporting, editing, direction, and live, business news feature producing, reporting, and writing for Fox Business, Fox News Channel, CNN, Sky News, BBC and ITN among others. He can be found on Twitter @paultilsley