An 82-year-old Navy veteran working at a Maryland Walmart has retired thanks to an interaction with a customer that went viral on social media.

Butch Marion officially retired from his job on Wednesday weeks after a Walmart customer walked into the store and filmed the 82-year-old veteran ringing up items in the checkout line and posted the video on TikTok which raised over $100,000 for Marion, WTTG-TV reported.

That customer, bug extermination business owner Rory McCarty, had seen a previous TikTok video where a woman went into a Walmart and filmed an elderly employee bagging groceries and raised money for that employee by posting the video online.

McCarty, wanting to do a similar good deed on TikTok, filmed a video of himself explaining the TikTok trend he had seen to Marion and then posted that video on TikTok.

Butch Marion, 82, retired from Walmart after receiving a $108,000 check that was raised online
(WTTG-TV)

The video was seen over 2 million times on social media and a GoFundMe was formed to raise money for Marion which raised $108,000 all of which was presented to Marion in the form of a large check on Wednesday.

“I feel like a new man,” Marion told WTTG-TV. “This is just unreal.”

BIDEN WANTS YOUR RETIREMENT SAVINGS TO GO WOKE. HERE ARE 3 WAYS TO PROTECT YOURSELF 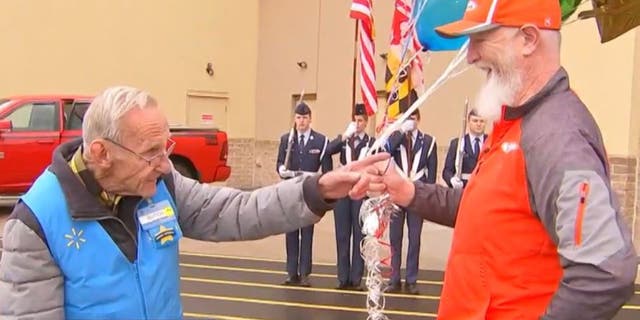 Marion said he will pay off bills, relax at home, and use the money to travel to Florida for a 3-week trip to see his daughters and grandchildren that he hasn’t hugged in years. 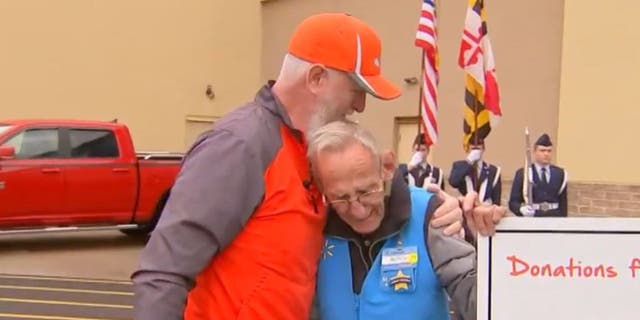 “Bird out of a cage,” Marion said.

McCarty acknowledged that he “just never dreamed this would happen.”