The facts of migrants being bused to cities

Washington, D.C., Mayor Muriel Bowser wrote a letter to Secretary of Defense Lloyd Austin on Thursday, requesting for the second time that 150 D.C. National Guard members be deployed to the nation’s capital to assist with the arrival of migrants.

“The District of Columbia writes to provide additional information to support our July 19 request to deploy the DC National Guard (DCNG) to help prevent a prolonged humanitarian crisis in our nation’s capital resulting from the daily arrival of migrants in need of assistance,” she wrote in the letter.

Thousands of migrants, some of whom have been bused from Texas, have arrived in Washington, D.C., in recent months.

Bowser requested activation of the National Guard last month, but the Pentagon denied her request on Aug. 5.

“We have determined providing this support would negatively impact the readiness of the DCNG and have negative effects on the organization and members,” a senior defense official told Fox News at the time.

In Thursday’s letter, Bowser clarified that the city would only need the National Guard for “logistical support” for a period of 90 days, at which point the situation could be reassessed.

“More specifically, DCNG would assist with managing sites inside the District, such as facility management, feeding, sanitation, and ground support,” the mayor wrote.

A Department of Defense spokesperson declined to comment on the specifics of Bowser’s letter, saying that it is a pending request.

“The Secretary takes this request for assistance very seriously,” the spokesperson told Fox News. “He and his team are working through the details and will respond to the mayor’s office as soon as a decision has been reached.” 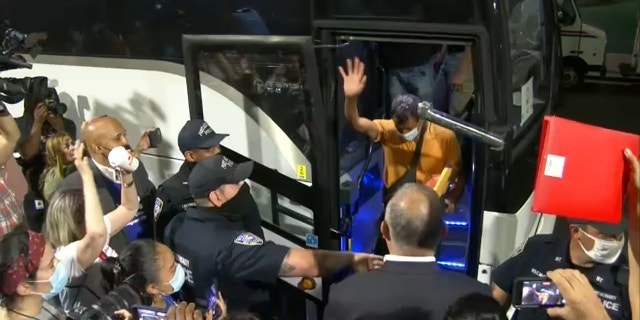 Migrants wave as they depart a bus in New York City from Texas.
(Fox News)

Three buses of migrants also arrived in New York City from Texas on Wednesday morning, following in the path of about 50 migrants who arrived last week.

“I already called all of my friends in Texas and told them how to cast their vote, and I am deeply contemplating taking a bus load of New Yorkers to go to Texas and do some good old-fashioned door-knocking because, for the good of America, we have to get him out of office,” Adams said at a press conference on Tuesday. 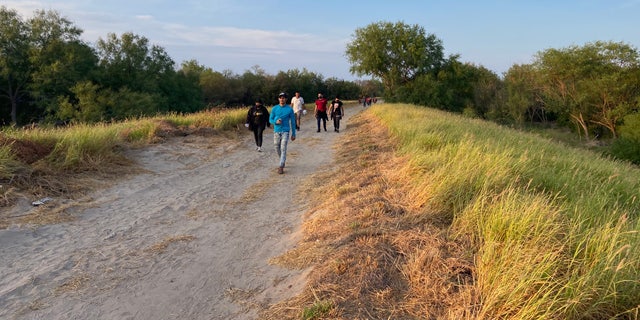 Abbott, meanwhile, said he has sent migrants to the nation’s capital and America’s most populous city to bring light to the crisis at the southern border.

“With Texas bearing the brunt of the president’s catastrophic failure, in April I directed the Texas Division of Emergency Management to begin busing migrants to Washington, D.C. to provide relief to overrun border communities and bring the reality of the crisis to the federal government’s doorstep,” Abbott wrote in an op-ed on Thursday.