A Virginia NAACP chapter leader was murdered while vacationing in the Turks and Caicos Islands in the Caribbean, officials say.

Kent Carter, a U.S. Army veteran and realtor from Arlington, was killed by gunfire during an ambush attack, according to the Royal Turks and Caicos Islands Police Force. He served as Vice President of NAACP’s Arlington chapter.

According to police commissioner Trevor Botting, Carter’s killing was random and may have been gang-related and linked to a turf war. A staff member was also injured during the shooting.

Carter was visiting the Turks and Caicos Islands to celebrate his birthday, according to FOX 5 DC. He and his girlfriend were leaving the beach on a hotel shuttle bus when gunfire erupted.

20 PEOPLE FOUND DEAD ON BOAT DRIFTING IN TURKS AND CAICOS

The suspects’ vehicle was armed with automatic weapons, officials say. Police believe one of the vehicle’s gunmen may have died during the shootout.

Carter’s tragic death led to an outpouring of grief from the Arlington, Virginia community. 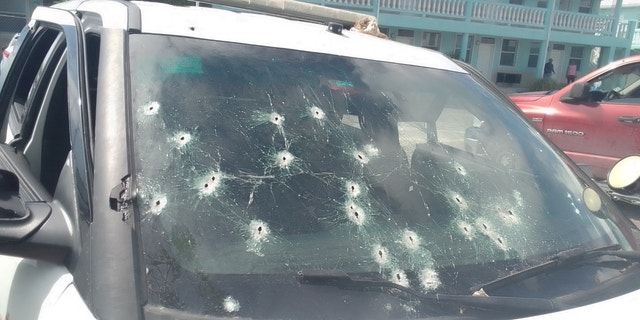 A police car was damaged during a shootout with suspects, who used automatic weapons against officers.
(Royal Turks and Caicos Islands Police Force)

“Our deepest sympathies go out to his family. May God grant them strength during this time of sorrow,” the statement added.

One of Carter’s neighbors, Robert York, remembered him as “one of the best neighbors you could have.”

“He and his family, just really great neighbors. So this is just incredibly sad news,” the devastated neighbor told FOX 5 DC. 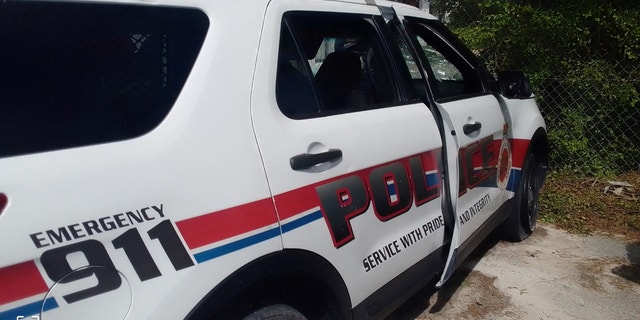 Turks and Caicos Islands police officers are still investigating the shooting and searching for the suspects involved.