President Biden stated that the U.S. will send the military to defend Taiwan if the People’s Republic of China were to invade the island nation.

“Very quickly, you didn’t want to get involved in the Ukraine conflict militarily for obvious reasons. Are you willing to get involved militarily to defend Taiwan if it comes to that?” a reporter asked the president during a news conference in Japan.

“You are?” the reporter pressed.

“That’s the commitment we made,” the president said.

A White House spokesperson told Fox News that the administration’s policy “has not changed.”

The “One China policy” refers to the U.S. recognition of the People’s Republic of China as the sole legal government of China, but only acknowledges, without endorsing, Beijing’s claim that Taiwan is part of China.

In October, Biden said the U.S. would defend Taiwan if China attacks. A Chinese foreign ministry spokesperson responded by saying, “No one should underestimate the strong resolve, determination and capability of the Chinese people to safeguard national sovereignty and territorial integrity. China has no room for compromise.” 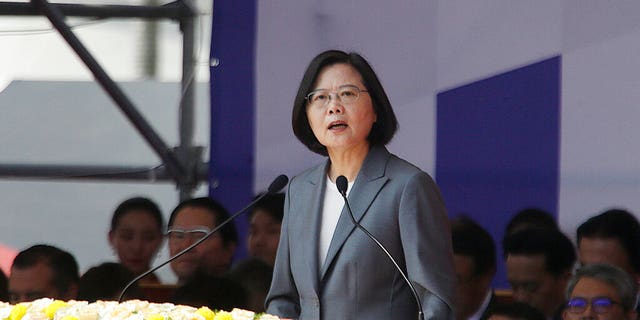 “They are connected because, before Biden touched down in South Korea – the first stop on the trip – the Chinese publicly warned him not to talk about Taiwan and so there was the joint statement between President Biden and President Yoon Suk Yeol of South Korea, which specifically mentions Taiwan,” Chang said. “There are going to be a lot of Taiwan discussions in Japan, the second and last stop on this trip – and so really what the United States was saying to Beijing is, “‘I’m not afraid of you anymore.'”

“The reason the administration has to do that is because, in the last couple of weeks, the Biden team has done things that made it look like it was intimidated by China, which is the reason why the Chinese were very aggressive before the trip, because they thought they had Biden on the run,” Chang added.

Russia’s invasion of Ukraine upended Chinese President Xi Jinping’s timetable to invade Taiwan, according to documents purportedly written by a Russian intelligence analyst in one of Moscow’s security agencies. 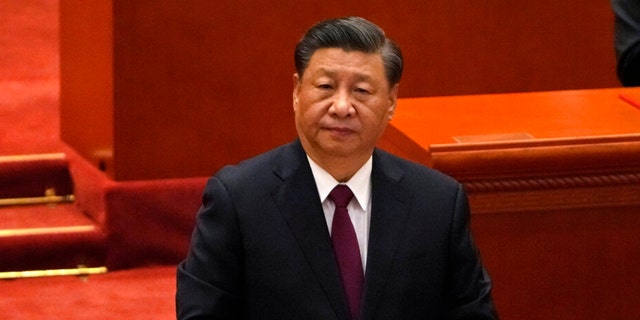 Chinese President Xi Jinping attends a commendation ceremony for role models of the Beijing Winter Olympics and Paralympics at the Great Hall of the People on April 8 in Beijing.
(AP Photo/Ng Han Guan)

“Xi Jinping was at least considering taking over Taiwan in the fall – he needs his own little victory to get re-elected for a third term – there the struggle within the elite is colossal,” an agent in Russia’s Federal Security Service (FSB), the successor agency to the KGB, allegedly wrote on March 9.

“Now, after the Ukrainian events, this window of opportunity has been closed to him, which gives the United States the opportunity to both blackmail Xi and negotiate with its competitors on favorable terms,” the FSB agent added. “It was in this case that we launched a trap mechanism for China with our actions.”