Any conflict between the U.S. and China would prove costly for both sides and resolve based on a few key points – and not necessarily in America’s favor, defense experts told Fox News Digital.

“If you were to rank them, I would put Taiwan first, South China Sea second, the Senkaku Islands third and then elsewhere in the world,” James Anderson, the acting Under Secretary of Defense for Policy during the Trump Administration, said, adding that the Sea of Japan could also serve as the flashpoint for conflict with China.

President Biden, in May, reiterated this stance when he told a reporter that defending Taiwan, even militarily, was “the commitment we made.”

President Biden meets with China’s President Xi Jinping during a virtual summit from the Roosevelt Room of the White House in Washington, D.C., Nov. 15, 2021. Photo by MANDEL NGAN/AFP via Getty Images

Proximity to China would provide Beijing a significant advantage, similar to how Russia saw a swing in momentum during its Ukraine invasion once it shortened its supply lines to focus only on the territories just beyond its western border in the Donbas region.

PUTIN, XI TO MEET FACE TO FACE NEXT WEEK IN FIRST MEETING SINCE WAR IN UKRAINE

“The problem is that in the Indo-Pacific Theater, the closer you get to China, the more [China] can concentrate its military assets,” Anderson explained. “What is especially concerning to the United States and its allies are ballistic missiles and the fact that China is probably ahead of us with hypersonic weaponry,” which could allow China to hit jet carriers and other surface ships hard and fast.

Even with that advantage though, China faces a significant conflict that Dr. John Lee, a senior fellow at the Hudson Institute and former Senior National Security Advisor to Australian Foreign Minister Julie Bishop, said would prove “a very bloody affair for both sides.” 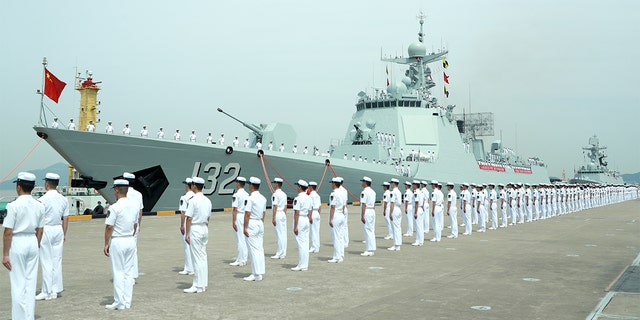 Members of the Chinese Navy stand on the deck of the guided-missile destroyer Suzhou of the escort taskforce at a military port on May 18, 2022 in Zhoushan, Zhejiang Province of China.
(VCG/VCG via Getty Images)

“Over the past two decades, the U.S. and allies have been very passive, allowing the People’s Liberation Army to achieve air and sea dominance in this theater,” Lee said. “However, [they] are now becoming serious about developing long-range strike capabilities, hypersonic strike capabilities, asymmetrical capabilities … and the range of non-military measures which would include crippling economic and financial sanctions.”

“In short, the U.S. and allies have many good and powerful options to ensure the military and strategic balance is in their favor,” he added.

Anderson also touted the U.S. military’s ability to counter missiles. However, that capability loses impact in the face of “saturation attacks,” which effectively aim to blanket a target with missiles and stretch defensive efforts.

The U.S. has, therefore, also focused on trying to strengthen Taiwan through the “porcupine strategy,” which would see nations supply the island nation with a large amount of anti-tank and anti-air weaponry to help close the gap in military superiority that China holds. 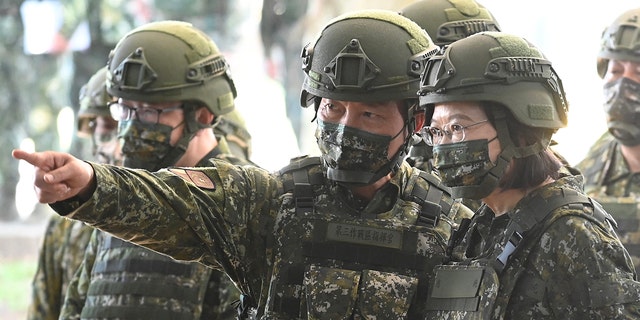 Taiwan President Tsai Ing-wen (R) listens while inspecting reservists training at a military base in Taoyuan on March 12, 2022.
(Photo by SAM YEH/AFP via Getty Images)

China holds a manpower advantage over the U.S., with China’s 2.8 million soldier army outranking the U.S. alone, according to Brookings Institution, but a naval and air combat operation would severely limit that advantage.

“At this stage, China has air and sea dominance over the Taiwan Strait but cannot land troops successfully on Taiwan,” Lee said. “If it achieves the capacity to do so, then China will see the military option as a more attractive one.”

PUTIN SAYS THE US AND WEST ARE FAILING, CLAIMS FUTURE LIES IN ASIA

Matt McInnis, of the Institute for the Study of War, noted that China’s goal will largely dictate its coordination and deployment: Any attempt to secure islands in the contested seas and straits would likely choke point the Chinese forces, leaving limited use for troop deployments.

“Depending on your objectives and what they aim to achieve through naval and air forces, you would potentially have some use for Marines to hold certain smaller pieces of territory and some smaller islands,” McInnis said, adding that Beijing would only proceed with an invasion once it felt reasonably confident American forces could not deploy quickly enough to the region. 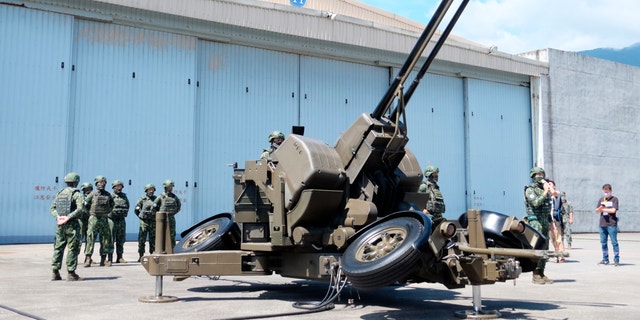 Anderson noted that China has closed the gap in other military domains, but has not yet overtaken the U.S., acknowledging that China has “the largest number of ships in the world today,” but that the U.S. still has the advantage in terms of quality, and the same holds true for a “superior” U.S. Air Force.

The U.S. also can rely on regional partners. China, on the other hand, has few allies to turn to, largely looking toward countries like Russia to help it “deflect” economic pressure that the U.S. and its allies, according to McInnis.

“There will certainly be economic lines of effort … and I’m quite sure China is looking long-term at how Russia, as well as key energy suppliers like Iran, can help them manage economic fallout from a conflict with the United States,” he said. “But I don’t think we’re at the point in the relationship between countries, certainly including North Korea, where they would necessarily provide operational support or lethal aid directly to China.”

Lee believes that China’s position weakened since it tipped its hand and revealed “broader intentions” to “dominate East Asia,” a move that also has emboldened the U.S. and its allies to ensure they counter China’s ambitions.

“China seeks to prevail by convincing the US and allies that it is not ‘worth it’ to defend Taiwan, that the cost would be too great,” he said. “China’s problem is that it has revealed its broader intentions, which is to dominate East Asia: Hence, a successful Chinese seizure of Taiwan would embolden China to push further rather than lead to a more satisfied power.”