The 77th United Nations General Assembly is underway with world leaders set to attend, many jetting over from the U.K. after attending the queen’s funeral. Up for discussion: climate change, which is expected to take central focus even as war in Ukraine continues and China increases its aggressive posturing toward Taiwan.

U.N. Secretary-General António Guterres drew attention to natural disasters that recently occurred around the world, including flash floods in Pakistan last month that killed over 1,000 people. He criticized the international community for “sheer inadequacy” in handling the climate crisis and urged all countries, starting with the G20 group of nations, to “boost their natural emissions reduction [targets].”

His speech made only fleeting reference to “conflict and unrest” that continues to “rage” around the world.

“The war in Ukraine is devastating a country and dragging down the global economy,” Guterres said during his opening remarks at a press conference as the GA annual gathering got underway last week. He then proceeded to address a global famine that the world faces – a result of the Russian invasion of Ukraine.

The U.N. therefore appears keen to avoid controversy as world leaders arrive next week following the funeral of Queen Elizabeth II – something the assembly may not be able to avoid as Iranian President Ebrahim Raisi and Russian Minister of Foreign Affairs Sergei Lavrov plan to attend despite calls for the U.S. to reject visa applications for both officials.

Russian President Vladimir Putin will not attend, but his presence will be felt as Ukraine remains an undercurrent of the assembly: Ukrainian President Volodymyr Zelenskyy will provide a pre-taped address to the General Assembly, which will air later this week. To have permission for this the General Assembly was forced to vote on allowing him to send his message from his war-torn country.

President Biden also faces a difficult task as he prepares to address the General Assembly and present a new grand strategy for the international landscape after a difficult year that saw the U.S. fail to deter Putin’s invasion and watch as China edges ever closer to action against Taiwan.

According to a State Department official, the U.S. has three main priorities coming into the week and those are: combating the global food insecurity crisis, advancing global health and health security, and United Nations Security Council reform.

RUSSIA IN UKRAINE SEES BREAKDOWN IN COMMAND AND CONTROL AS TROOPS WITHDRAW IN ‘PANIC’: UK INTELLIGENCE

Taiwan, however, is unlikely to be a major part of the week: Ash Jain, director for democratic order with the Scowcroft Center for Strategy and Security at the Atlantic Council, said during a panel discussion Thursday that the U.N. “really isn’t the place to discuss an issue like Taiwan.” He speculated instead that leaders might “hint” at the conflict in speeches and hold bilateral meetings “on the sidelines.”

The U.N. does not formally recognize Taiwan, and it is “not in China’s or our interest” to raise the issue directly, former U.S. Ambassador to Ukraine John Herbst said during the Atlantic Council panel. 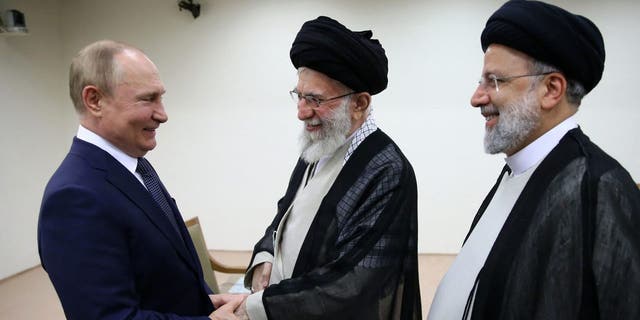 Supreme Leader Ayatollah Ali Khamenei and Russian President Vladimir Putin greet each other during their meeting in Tehran, Iran, on July 19, 2022.
(Office of the Iranian Supreme Leader via AP)

“Obviously it can have an effect on the legitimacy of the institution,” Herbst said, noting that “essentially it was a great power conflict that could not be resolved by the League of Nations that led to the demise of that organization.”

“The U.N. has other purposes which are helpful,” he added. “There’s no question the U.N. is a necessary institution, just not a panacea.”

But experts appear to disagree on what purposes the U.N. still fulfills in a meaningful, effective way: Alan Mendoza, executive director of The Henry Jackson Society, argued that while some U.N. agencies remain “highly valuable,” others do not live up to the ideals of the organization.

“It’s often said that if the UN didn’t exist, it would have to be invented,” Mendoza told Fox News Digital. “While some individual U.N. agencies are highly valuable, others like the Human Rights Council are a disgrace, and the organization as a whole only functions on a lowest common denominator basis. 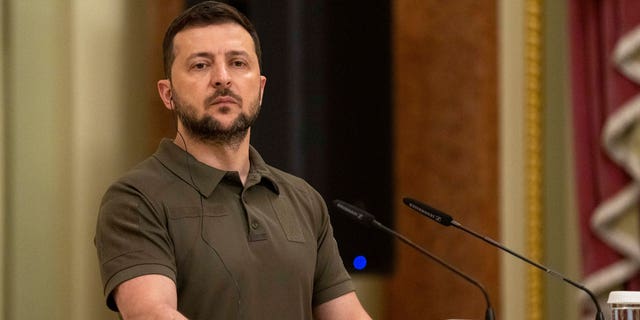 “This means that oppressive and authoritarian states can always prevent the Free World from defending our values, and means the U.N. will fade into increasing irrelevance given the pressing need to stand up for what we believe in.”

Hugh Dugan, a former senior adviser to the U.S. permanent representative to the U.N. and U.S. delegate to the U.N., argued that the body remains largely as a power “to convene.”

“The [U.S.] president will stay routinely five or six days and move the White House and the State Department up into the hotels … because they realize that his power to convene brings actors from around the world,” Dugan told Fox News Digital. “Much of the work that can be done off the radar, in the corners, on the margins of the formal meetings.”

“A lot of communication can occur outside the glare of publicity because there’s so much of it can’t be tracked, and so [the U.N. is] proving a useful convening place,” he added. “I think there is an opportunity for interactivity of a personal nature that is otherwise extremely difficult to achieve if there were major trips and major publicity on every single interaction.”