All three inmates who officials say escaped from a jail in southwestern Missouri earlier this month have been captured, the Barry County Sheriff’s Office announced Tuesday.

The three escapees – Lance Justin Stephens, Matthew Allen Crawford, and Christopher Allen Blevins – cut a hole in the ceiling of the jail and entered a water heater storage room, then broke an exit door and fled the facility around 8:30 p.m. on June 2, Sheriff Danny Boyd told KY3.

Officers discovered that the inmates were missing the next morning and notified the public, then turned the manhunt over to the U.S. Marshals a few days later.

Blevins, 37, was captured near Casper, Wyoming, on June 8, roughly a 1,000-mile drive from the Barry County Jail. He was previously being held on multiple drug charges, according to jail records.

Crawford, 29, was arrested on Monday in nearby Springfield, Missouri, about 50 miles northeast of the jail. He was being held on charges of theft.

The last inmate, Stephens, was taken into custody on Tuesday evening near San Antonio, Texas. He had been arrested for drug charges and unlawful use of a weapon. 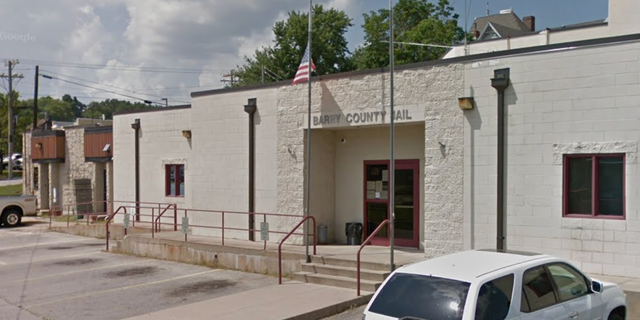 The sheriff said that the jail is short-staffed and there were only two officers working in the facility at the time of the escape.

“Nobody can go in the back to deal with the inmates,” the sheriff told KY3. “You can’t go back there by yourself. You always have to have somebody with you, which would leave the front booking office open.”