The debate over reparations is just beginning. Come July, the controversy will kick into high gear when the California Reparations Task Force slaps a price tag on reparations and lawmakers and Gov. Newsom debate how to pay for it. Despite the sticker shock, other blue states and some Congressional Democrats may follow.

In a 500-page interim report, the 9 member California task force details what it considers 300 years of repression and discrimination for which Black Americans deserve compensation. It cites government policies, Jim Crow laws and redlining for causing the wealth gap between white and black communities.

“America must admit its sin,” says Rev. Amos Brown, a member of the San Francisco committee proposing to pay each black resident up to $5 million each in reparations. “Atone for it and act in terms of providing concrete measures that would pay back for the wrong that was done.”

“Reparations is something promised and something owed,” says committee member and State Senator Steven Bradford.

The state commission, created by legislation signed by Newsom in 2020, has yet to put a price on reparations, but the recommended remedy for housing discrimination alone topped $560 billion, or $223,000 for each qualifying descendent of a Black living in the US prior to 1900 now residing in California state.

Eligibility for the San Francisco payout is slightly different. You must be 18, identify as Black or African American for at least ten years. Alternatively, you could be born in the city between 1940 and 1996. A connection to slavery is not necessary. You may qualify for reparations by being “personally or the direct descendant of someone incarcerated by the failed war on drugs”. The plan also calls on the city to supplement lower-income recipients’ income to reflect the Area Median Income (AMI), about $97,000, annually for at least 250 years.

Prof. James Taylor from the University of San Francisco. “It’s not Georgia, this is not Alabama where Blacks were held in chains. Blacks came here because it was a free state yet when they got here the contradiction is there was still racial prejudice.”

Some argue California reparations are more about social justice than slavery, since California was not a slave owning state during the Civil War. Militias here were multi-ethnic, and regiments fought on behalf of the Union, pushing Confederate soldiers out of Arizona and New Mexico back to Texas. It also gets complicated when trying to separate Blacks of African descent from the Caribbean or nations complicit in the slave trade. Still, several progressive cities – Boston, Providence, Amherst, Mass., Evanston, Illinois, St. Louis and St. Paul, Minn. all have appointed task forces exploring how to pay reparations to Black Americans.

“Reparations isn’t charity, it’s not a gift,” says Trahern Crews of the St. Paul Reparations Advisory Committee in Minnesota. “It’s something that’s owed, it’s a debt for 400 years of slavery.”

How to pay for it and what is politically realistic is something else.

The city has 44,000 black residents, if even half qualify for reparations experts put the price tag over $100 billion. Blacks compose just 5% of San Francisco, compared to 34% Asian and 15% Latino, neither group is likely to concede they experienced less hardship in the US than African Americans.  Nationwide, black households have a median wealth of $24,100, and Hispanics at $36,000 compared to white households median wealth of $188,200, according to the Federal Reserve Board Survey of Consumer Finances. 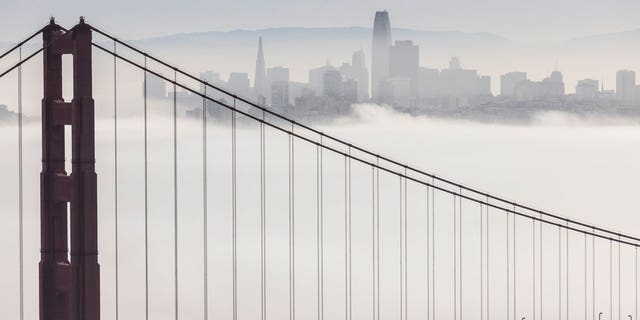 View of San Francisco from the Golden Gate Bridge. The Bay Area was struck by a 5.1 magnitude earthquake Tuesday.
(Stephen Lam/San Francisco Chronicle via Getty Images)

The city is 45% white. A Pew Research poll in November found nationally 80% of whites oppose reparations, although Democrats nearly split equally on the question.

“This is not blacks trying to get something from white in terms of begging and borrowing. This is about these states injury and handicaps placed on people going back decades and centuries,” says Taylor. “Locally, this is about — not slavery at all. It’s all about discrimination, housing, other forms of discrimination around labor and jobs.”

Financially, California is not much better off, facing a $25 billion shortfall. Is it politically realistic to hand over billions when the state hasn’t built a dam in 40 years, it’s public schools rank 48th in the nation, it is home to 1/3 of the nation’s welfare recipients and ranks #1 in homeless population. I posed that question to state Assemblyman Reginald Jones-Sawyer, who is on the state reparations task force. He does not expect one time, lump sum payout, rather a bond, new taxes or a new revenue source that generates income over time. 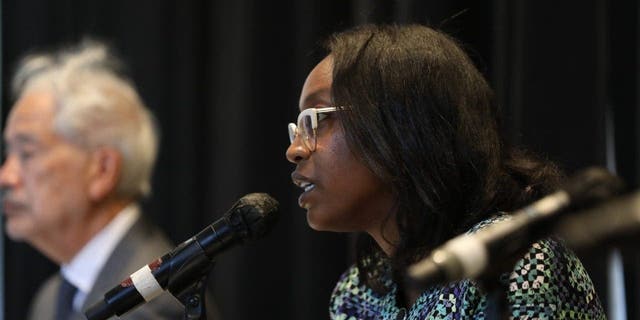 “I believe justifying the number is one step that’s really important,” he said. “And then coming up with a methodology of how to pay for it that makes sense to most, if not all Americans, will overcome that. As long as you’re able to not only justify it, but come up with a credible plan that makes sense over a period of time, that could assuage a lot of what you call a sticker shock.”

Jones-Sawyer believes the California debate will be enough to spur other states. Democrats in Congress considered a bill last year by Rep. Sheila Jackson Lee, D-Texas that sought reparations and a national apology for slavery. It would have set up a commission to “examine slavery and discrimination in the colonies and the United States from 1619 to the present and recommend appropriate remedies, but it died in committee. With Republicans currently in control of the House, that effort is likely dead.