A Russian Foreign Ministry spokesperson claims that Moscow will not unleash nuclear weapons during the war in Ukraine despite top officials’ threatening rhetoric in recent weeks.

Alexei Zaitsev said Friday that “we have repeatedly refuted insinuations about Russia’s possible use of nuclear weapons in the course of the special military operation in Ukraine,” which has now lasted 72 days.

“Russia adheres to the principal that there can be no winners in a nuclear war and it must not be unleashed,” Zaitsev added, according to a translation from Reuters.

“Russia is aware of the threat posed by irresponsible behavior in this area,” he also said. “Scenarios for Russia’s possible use of nuclear weapons are clearly spelled out in Russian doctrine. They are not applicable to tasks in the special military operation in Ukraine.”

In late April, Russia escalated the threat of nuclear warfare by alleging that, with the support of the U.S., Ukraine is developing nuclear weapons. 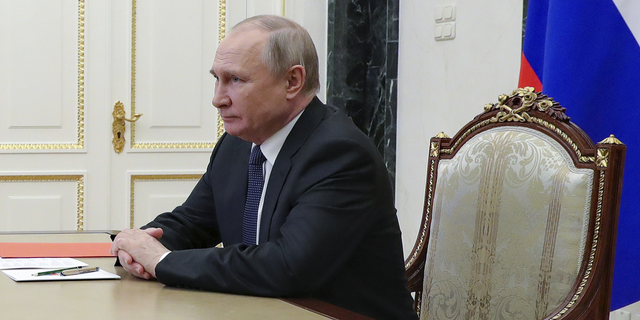 Russian President Vladimir Putin chairs a meeting with members of the Security Council via a video conference at the Kremlin in Moscow on April 29.
(Mikhail Klimentyev, Sputnik, Kremlin Pool Photo via AP)

“The need for demilitarization is due to the fact that Ukraine, saturated with weapons, poses a threat to Russia, including from the point of view of the development and use of nuclear, chemical and biological weapons,” Secretary of the Russian Security Council Nikolai Patrushev said, according to state-owned news agencies.

Russia Foreign Minister Sergey Lavrov also said at the time that the threat of nuclear conflict amid the war in Ukraine “should not be underestimated.” 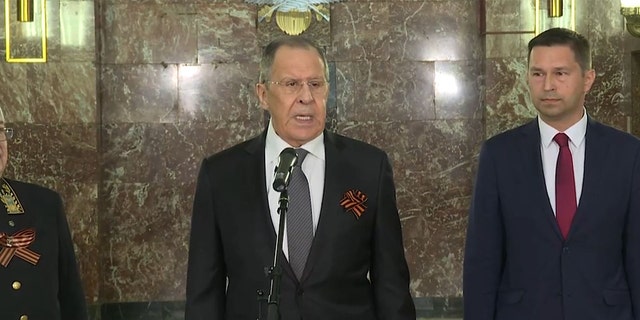 “The danger is serious,” Lavrov told Russian media. “It is real. It should not be underestimated.”

President Biden later said “no one should be making idle comments about the use of nuclear weapons or the possibility of the use, it’s irresponsible.”