Russia has likely removed its Kilo-class submarines from its Black Sea fleet off of Crimea over concerns it is no longer secure as Ukraine sets its sites on the peninsula, U.K. intelligence said Tuesday.

According to a Ministry of Defense daily update, Moscow “has almost certainly” moved its fleet from Sevastopol in Crimea to Novorossiysk in southern Russia.

“This is highly likely due to the recent change in the local security threat level in the face of increased Ukrainian long-range strike capability,” the defense ministry said.

A submarine of the Russian Black Sea fleet anchors on July 27, 2019, in the port city of Sevastopol.
(Ulf Mauder/picture alliance via Getty Images)

The move also comes roughly a month after an ammunition depot in Crimea went up in flames after it was targeted in an apparent missile attack, just weeks after at least eight fighter jets were destroyed during the bombardment of Saki airbase, some 140 miles behind the Russian front lines in Crimea.

But it remains unclear what long-range strike capabilities Ukraine has or has used as Kyiv has repeatedly called on western allies to supply them with longer-range weaponry like the U.S. Army Tactical Missile System (ATACMS), which has a range of roughly 185 miles.

The U.S. has said it will not send ATACMS over concerns of sparking a third world war.

Ukraine has received at least 16 High Mobility Artillery Rocket Systems (HIMARS), which have a range of roughly 50 miles – suggesting they could not be the systems used to hit Crimea earlier this year. 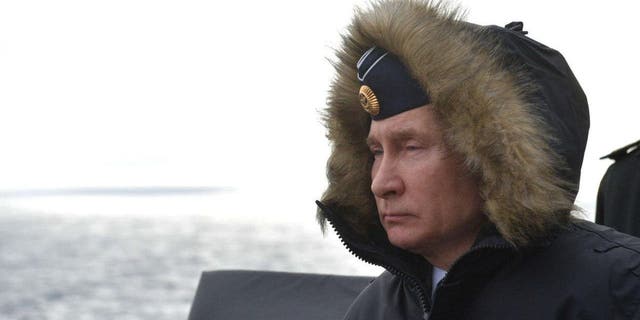 UKRAINE WARNS OF ‘NUCLEAR TERRORISM’ AFTER STRIKE NEAR PLANT

Kyiv has remained tight-lipped about what systems it has used to hit these Russian targets and did not immediately take responsibility for the attacks following the strikes.

But an official speaking on the condition of anonymity told The New York Times last month that a “device exclusively of Ukrainian manufacture was used.”

Ukrainian President Volodymyr Zelenskyy has said his forces will not stop fighting Russia until all of Ukraine has been liberated, including Crimea, which Russia has illegally occupied since 2014. 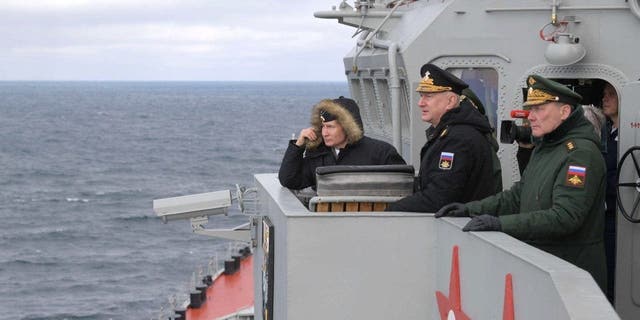 “Guaranteeing the Black Sea fleet’s Crimea basing was likely one of Russian President Vladimir Putin’s motivations for annexing the peninsula in 2014,” the U.K. defense ministry said Tuesday. “Base security has now been directly undermined by Russia’s continued aggression against Ukraine.”

The fight over Crimea will likely prove a difficult battle as Russia has viewed it as its claimed land for nearly a decade and it has reportedly become a popular tourist destination for Russians.