Planned Parenthood raked in record U.S. taxpayer dollars during the COVID-19 pandemic amid a rising number of abortions and a decrease in adoption referrals and other healthcare services, according to a recently released annual report.

Meanwhile, adoption referrals provided by Planned Parenthood dipped from 2,667 in its 2020 report to 1,940 in its 2021 report. Testing for sexually transmitted diseases went down from more than 5.4 million to 4.4 million in the same time period. Cancer screenings dropped from nearly 599,000 to about 417,000, and contraceptive services dropped from more than 2.5 million to 2.2 million.

A volunteer clinic escort poses for a portrait outside a Planned Parenthood location in Columbus, Ohio, on Nov. 12, 2021.
(REUTERS/Gaelen Morse)

More than a third of Planned Parenthood’s reported revenue during FY 2022 came from the more than $633 million it received in “Government Health Services Reimbursements & Grants,” which was $15 million more in government reimbursements and grants than they got the year before. 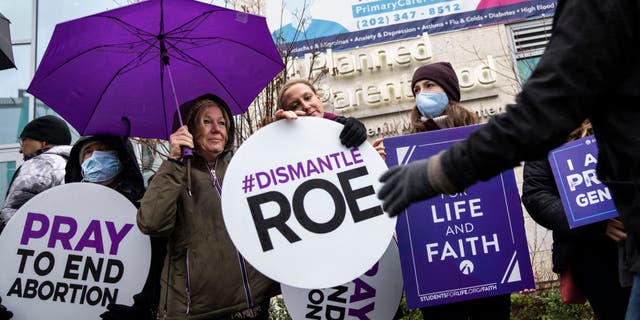 Pro-life activists pass out signs during a protest outside a Planned Parenthood clinic on Jan. 20, 2022, in Washington, D.C.
(Drew Angerer/Getty Images)

“COVID-19 pandemic meant that many patients had to put off care to avoid exposing themselves and their loved ones to the deadly virus,” Planned Parenthood noted in the most recent report.

“Planned Parenthood health centers are proud to provide abortion,” the organization said. “That’s never been more true than during the COVID-19 pandemic. Abortion is essential health care that cannot wait for the end of a pandemic or the whims of politicians.” 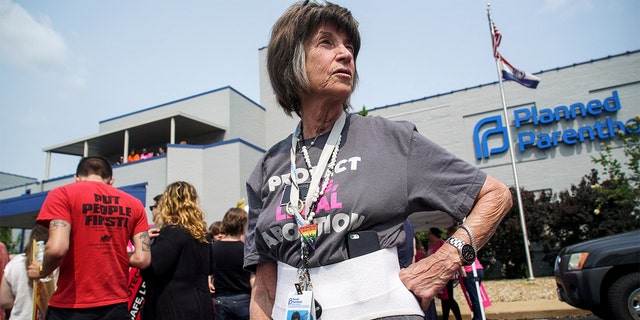 A 20-year employee of Planned Parenthood waits for a rally to start after a judge granted a temporary restraining order on the closing of Missouri’s sole remaining Planned Parenthood clinic in St. Louis May 31, 2019.
(REUTERS/Lawrence Bryant/File Photo)

Planned Parenthood is slated to spend more than $50 million in the run-up to the 2022 midterm elections, which breaks the company’s previous record of $45 million in 2020.

The surge in spending on political advocacy follows this year’s historic Supreme Court ruling that overturned Roe v. Wade and sent abortion legislation back to the states.