The blaze broke out in the basement of the Kew Gardens residence in Queens around 2 p.m., FOX New York reported.

“Companies arrived and found heavy fire in the basement,” FDNY Chief of Operations John Esposito said in a statement posted to social media.

New York City firefighters outside a home in Queens where a fire injured 18 children. Officials believe an lithium-ion battery caused the blaze.
(FDNY)

The fire was under control within 40 minutes and was confined to the basement, he said.

Eighteen patients were removed from the home, including one in critical condition, said FDNY Deputy Assistant Chief Stacy Scanlon. The other 17 were in stable condition and refused medical attention at the scene, he said.

The city’s Department of Buildings said a daycare and a dental lab were operating in the basement. It was unclear if the daycare was licensed, the local news report said.

The fire marshal was investigating the possibility that an e-scooter in the basement started the fire.  A burned scooter was found in the basement, the news report said. 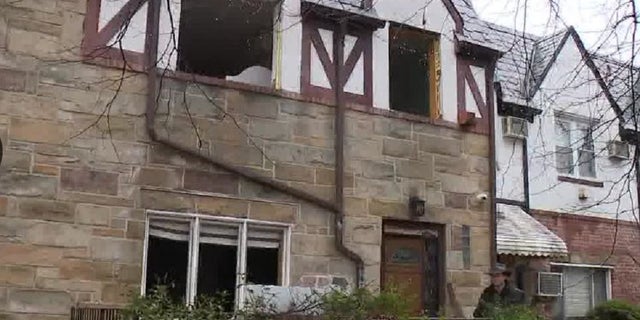 A Queens, New York home was damaged when a fire broke out Wednesday in the basement.
(WNYW)

lithium-ion batteries used in e-bikes have caused several fires in New York City in recent years. In May 2022, an e-bike battery that was being charged inside a bicycle store in Queens was determined to have caused a fire at a three-story mixed occupancy building. 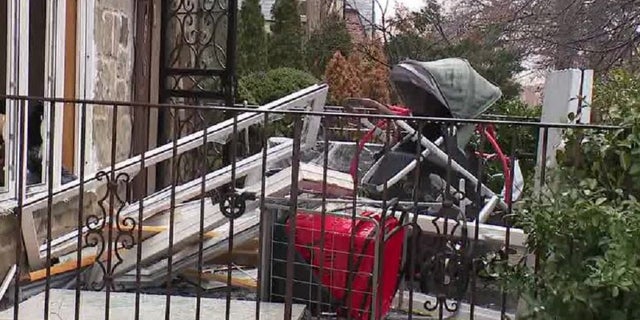 Weeks earlier, a fire in Sunset Park, Brooklyn was determined to have been caused by lithium-ion batteries from an electric scooter repair business.