Gunmen opened fire and set off explosives inside a Catholic Church in southwestern Nigeria Sunday, killing at least 50 people – including children – and injuring dozens more before escaping the scene, authorities said.

Nigerian security forces were still hunting down the attackers on Monday. No one has claimed responsibility for the attack on St. Francis Church in the town of Owo, though analysts believe they may have come from elsewhere in the West African nation, which is plagued by violence from armed groups, kidnappers and extremists.

FILE: Nigerian soldiers secure the area outside of the St. Francis Catholic Church in the town of Owo, Nigeria, Monday, June 6, 2022, a day after an attack that targeted worshipers.
(AP Photo/Sunday Alamba)

State Police Commissioner Oyeyemi Oyediran said security forces pursued the attackers, “but unfortunately, we could not catch up with them.”

“The attack is undoubtedly terrorist in nature, and the scale and brutality suggests it was carefully planned rather than impulsive,” Eric Humphery-Smith, senior Africa analyst at Verisk Maplecroft risk intelligence company, told The Associated Press.

Vice President Yemi Osinbajo and other government officials visited the church Monday. A day earlier, he pledged that “we will keep standing against evil, and Nigeria will win.” 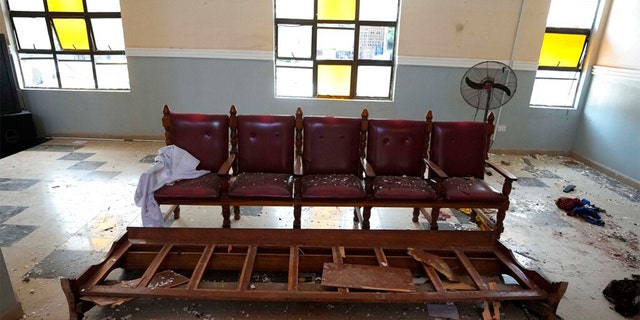 A view of the St. Francis Catholic Church in Owo, Nigeria, Monday, June 6, 2022, a day after an attack targeted worshipers.
(AP Photo/Sunday Alamba)

Nigeria, which is Africa’s most populous country with more than 200 million people, has grappled for over a decade with an insurgency in the northeast by Islamic extremist rebels of Boko Haram and its offshoot, the Islamic State West Africa Province. The extremists, who have killed more than 35,000 people by a U.N. count, are fighting to establish Shariah law and to stop Western education.

Sunday’s attack came as worshippers were celebrating the feast of Pentecost, an important Catholic post-Easter holiday.

Many Nigerians expressed shock and anger over the attack in Owo, a small town of traders and government workers around 31 miles from the Ondo state capital of Akure. The central location of the church raised questions as to how the gunmen got there unnoticed.

MONKEYPOX CASES MAY HAVE BEEN SPREADING UNDETECTED IN US, EUROPE FOR YEARS

Workers at the Federal Medical Center in Owo struggled to treat scores of wounded from the attack. The Nigeria Medical Association directed all available doctors in the region to help. 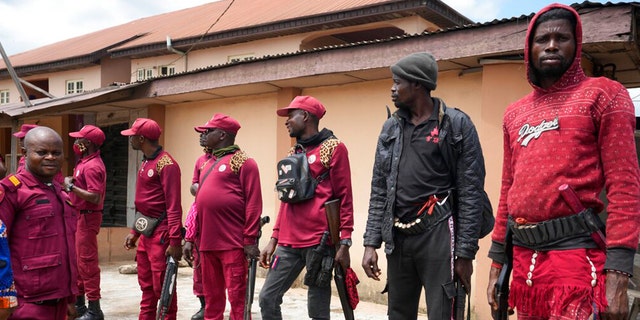 Mahamat Saleh Annadif, head of the United Nations Office for West Africa and the Sahel, said he hopes “the perpetrators of this horrific terrorist act against a church will be swiftly apprehended and brought to justice.”

Pope Francis decried “this act of unspeakable violence” in a condolence telegram sent by the Vatican’s secretary of state on his behalf to the Ondo bishop.

“His Holiness prays for the conversion of those blinded by hatred and violence so that they will choose instead the path of peace and righteousness,” it said.