A manhunt is underway Thursday in Missouri for five escaped inmates – including three authorities describe as “known sex offenders” – who busted out of a prison south of St. Louis.

The St. Francois County Sheriff’s Department says the jailbreak at the county’s detention center in Farmington began around 7 p.m. Tuesday when the group entered a secured cell then “made their way through a secured door by use of force.”

From there, the sheriff of the jail told FOX 2 News it is believed they got onto the jail’s roof through corridors containing the facility’s plumbing, before making their way back to the ground and out of the area.

A statement from the Sheriff’s Department said the inmates eventually stole a grey 2009 Scion TC with Missouri temporary tags from the parking lot of the Centene Corporation – a nearby healthcare business – and were last seen “traveling in a southerly direction.”

The inmates on the run have been identified as, from left to right, Kelly McSean, 52, Dakota Pace, 26, Michael Wilkins, 42, Aaron Sebastian, 30 and Lujuan Tucker, 37.
(St. Francois County Sheriff’s Department)

Investigators say each of the inmates discarded their orange prison clothing and were observed on surveillance cameras “wearing white thermal leggings, white boxer and/or basketball shorts and white t-shirts,” while “Tucker was wearing a black t-shirt.” 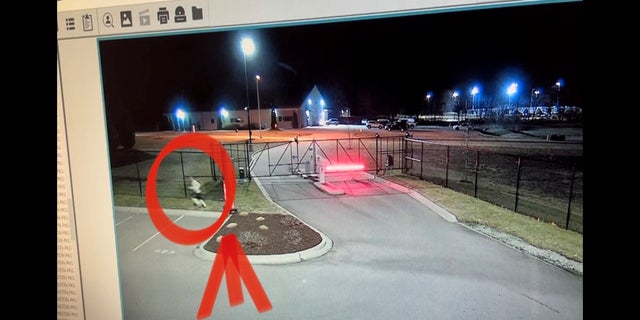 Authorities say the inmates were seen stealing a vehicle from the parking lot of a business near the jail in Farmington, Missouri.
(St. Francois County Sheriff’s Department)

The St. Francois County Sheriff’s Department says the Missouri State Highway Patrol and the United States Marshals Service are assisting in the investigation, with the latter offering rewards of up to $5,000 for information leading to the inmates’ captures. 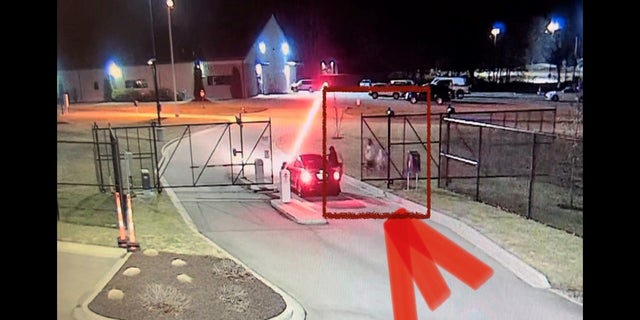 The inmates last were seen leaving the parking lot of the Centene Corporation in a grey 2009 Scion TC with Missouri temporary tags, according to investigators.
(St. Francois County Sheriff’s Department)

The Marshal’s Service is describing each of the men as “dangerous” and authorities are asking anyone who spots them to keep distance and call 911.

The Marshal’s Service also said Tucker previously has been charged with the rape of a 12-year-old girl while McSean was being held on charges linked to the sexual assault of a 39-year-old woman.