California investigators have released an image of a pink-and-white hoodie that missing Truckee 16-year-old Kiely Rodni was seen wearing on the night she vanished – possibly due to an abduction.

The Placer County Sheriff’s Office released a stock image of the garment, a white hooded sweatshirt with pink block letters spelling out “ODD FUTURE” – the name of a defunct Los Angeles hip-hop group. Investigators said she appeared on video wearing it earlier in the evening.

However, authorities told Fox News Digital they could not release images from the video itself or discuss details of the active investigation. And it was unclear whether Rodni was wearing the shirt when she left the party. She had also borrowed a dark-colored Lana Del Rey hoodie that evening, police said last week.

“We are asking anyone who may remember seeing Kiely that evening to please reach out to us,” the sheriff’s office said in a statement.

MISSING KIELY RODNI: A TIMELINE OF THE 16-YEAR-OLD’S DISAPPEARANCE FROM CAMPGROUND PARTY

As the search for Rodni enters its 10th day, the reward for information leading to her whereabouts has climbed to $75,000.

Missing person flyers have been plastered all over Truckee and in the surrounding communities, as a massive search effort enters its second week for the 16-year-old high school graduate.

She was last seen just after midnight on Aug. 6, according to authorities, at a large party of between 200 and 300 teens and young adults near the Prosser Family Campground in Tahoe National Forest, alongside the Prosser Creek Reservoir. 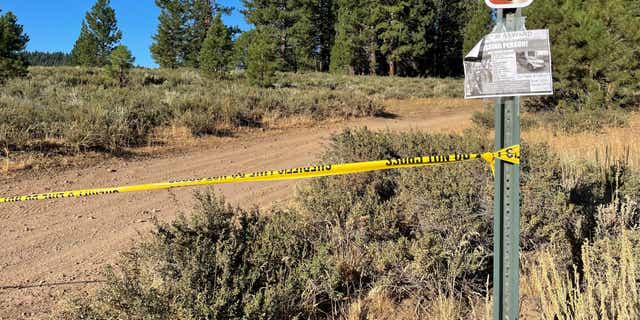 A missing person flyer for Kiely Rodni at the Tahoe National Forest, where she was last seen at a party on Aug. 6.
(Michael Ruiz/Fox News Digital)

Her phone stopped pinging at around 12:33 a.m. – just minutes after her friend Sami Smith told Fox News Digital she left the party, believing Rodni planned to spend the night. Police say the last ping happened near the site of the party itself, and that’s where they spent most of the first week searching. 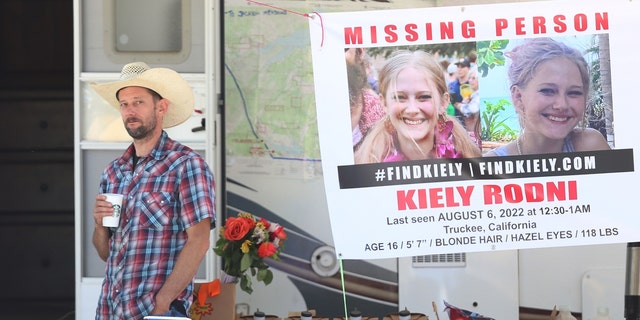 Smith said she had been “partying” with Rodni, who was too drunk to drive. She added that she did not believe her friend would have attempted to drive drunk.

They had met several males throughout the evening, Smith said, but none who seemed suspicious. The party was meant as a graduation celebration for high schoolers from several local communities – but with the tourist season in full swing, there were also a number of vacationers from as far away as San Francisco, she said. 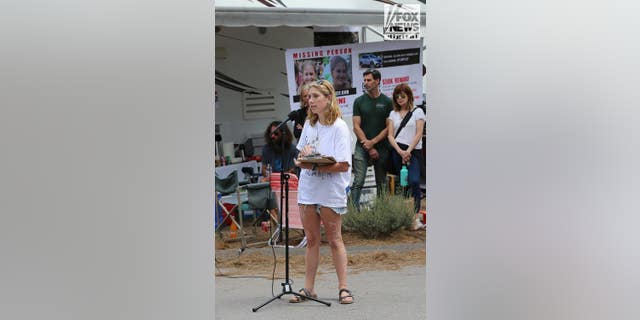 Angela Musallam, spokesperson for the Placer County Sheriff’s Office, said there had been few developments in the search over the weekend and that authorities still hadn’t heard from anyone who witnessed Rodni leaving the party.

But, she said, police have received videos and images taken throughout the night and were investigating hundreds of leads. 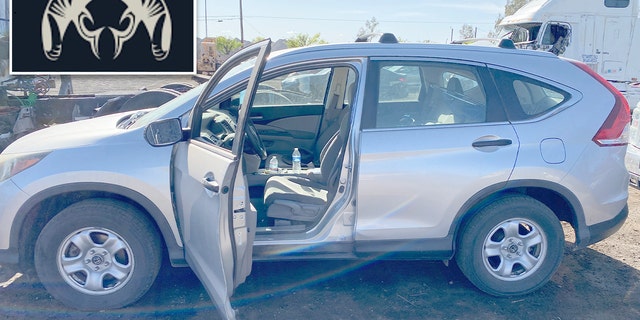 Kiely Rodni’s SUV is also missing – a silver 2013 Honda CRV with California license plate 8YUR127. It has a small ram-head sticker on the back window, under her rear wiper blade.
(Findkiely.com)

Rodni’s car, a silver 2013 Honda CRV with a ram head sticker in the rear window, is also missing. The license plate number is 8YUR127, according to authorities.

The search radius has expanded over the past several days, Musallam said, as crews have fanned out from the scene of the party and deeper into the surrounding areas.

Rodni is described as 5 feet, 7 inches tall and about 118 pounds. She has blonde hair and hazel eyes. She has a tattoo on her ribs of the number “17.” She has a nose ring and several other piercings and was wearing three gold necklaces the night she went missing, according to her friends. 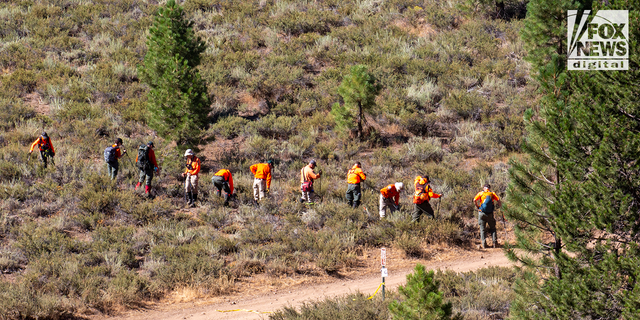 16 year old Kiely Rodni disappeared over a week ago at a party in Tahoe National Forest, CA.
(Hunter Richards for Fox News Digital)

She was wearing green Dickies pants, a black studded belt and a black spaghetti-strap bodysuit, according to authorities.

Anyone with information is asked to call the Placer County Sheriff’s Office’s dedicated tip line at 530-581-6320. Callers can remain anonymous. Those with photos and videos that might assist with the investigation into Rodni’s disappearance can submit them to officials here.