Russian forces are attempting an offensive in the southern Zaporizhzhia region, while also trying to push forward in parts of Donetsk in the east, the Ukrainian military reported.

The Zaporizhzhia region military administration says that Russian forces have not made advances in the region, after claims by the Russian Ministry of Defense Saturday that several villages south of the regional capital had been taken.

The Russian military “conducted unsuccessful offensives in the Avdiivka sector (in Donetsk). It continues to attempt an offensive in the Bakhmut and Zaporizhzhia directions, increasing the intensity of aviation use,” the General Staff of the Armed Forces of Ukraine said Saturday in a statement.

Ukrainian military reported Saturday that Russian forces are attempting an offensive in the southern Zaporizhzhia region, while also trying to push forward in parts of Donetsk in the east.

The General Staff said there had also been cross-border shelling by the Russians in the northeastern Sumy and Kharkiv regions.

It also said the Russian-appointed administration in occupied Kherson “is tightening control over the registration of civilians” in the southern region.

“In particular, it is trying to create a database of civilians’ places of residence, threatening to cut off electricity under the guise of implementing an ‘electricity saving program,'” the statement reads.

CNN has not independently verified the claims about such programs in Kherson.

What Moscow is saying: Earlier Saturday, the Russian Defense Ministry claimed several villages near the city of Orikhiv in Zaporizhzhia had been won. Ukraine has not responded to the claim, but said that “in the Zaporizhzhia sector, artillery fire hit areas near more than 25 settlements.”

There have been reports of heavy fighting around Bakhmut, which Russian officials claim is slowly being encircled, and further east around Kreminna in Luhansk, where Russian forces are seeking to prevent any Ukrainian advance through a nearby forested area. Ukrainian success in this area could compromise Russia’s supply lines towards Bakhmut.

This map shows the latest state of control in key regions for the conflict: 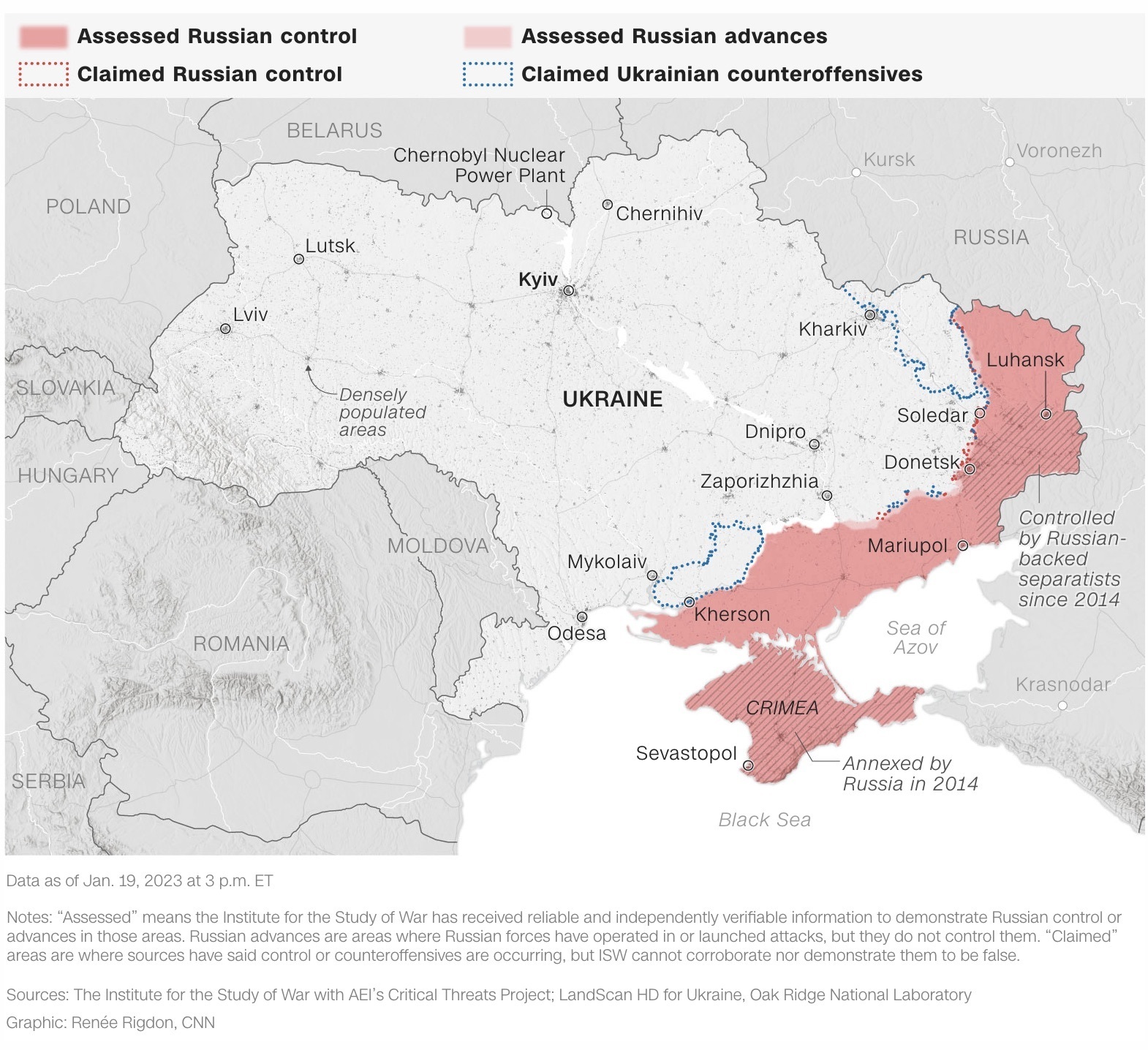