She told Fox News Digital Friday that she will be taking a position as the policy and special projects director for the Community Based Public Safety Collective, a national progressive neighborhood-oriented public safety think tank.

“[It] is an organization that helps to train and manage and has contracts with various cities across the country to show public safety that includes the public as a complementary strategy to law enforcement,” she said. “So, organizations work hand-in-hand with law enforcement, but have more credible messengers and community members actually stopping violence in their own communities.”

She said it’s modeled after New Jersey’s Newark Community Street Team, which she said helped reduce homicides there by 50% in three years.

“It’s just the next step in my career,” she said. “Still very cool with George Gascon. Not being pushed out as is rumored.”

Her departure comes at a tumultuous time for Gascon, who is facing a recall effort and lost another special adviser, Alex Bastian, last month. He told Fox News Digital in June he was leaving to become the CEO of the Hotel Council of San Francisco.

Gascon is also involved in a California Supreme Court battle with the union representing his deputy DAs.

“Ms. Blair has never understood the responsibilities of a prosecutor: to seek justice, protect the public and uphold the law,” Kathy Cady, a former prosecutor and now a victims’ advocate, told Fox News Digital Friday. “She is responsible for the release of multiple gang murderers into the community.” 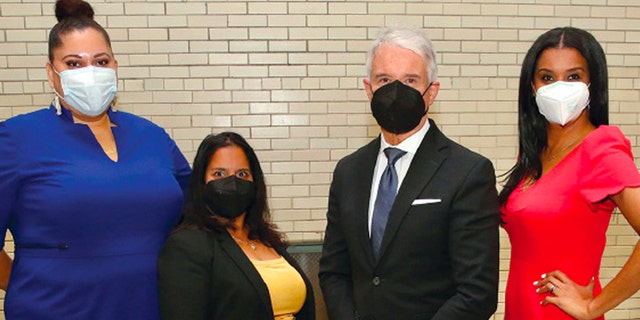 A day earlier, the Los Angeles Sheriff’s Department told Fox News Digital that the subject of one of those cases, a convicted murderer, was arrested on 11 new charges after allegedly falling asleep behind the wheel of a car in the middle of the road.

Andrew Cachu, the murderer, wound up back behind bars Wednesday night after passing out in his car – under the alleged influence of drugs, before fleeing from deputies who woke him up. The Los Angeles County Sheriff’s Department said he crashed the car, fled again on foot and was finally apprehended after ditching the gun. 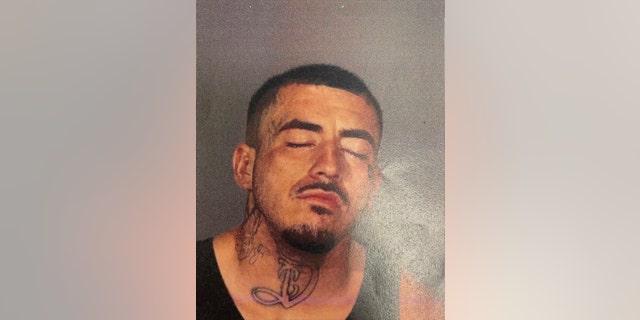 Andrew Cachu, who was convicted of shooting a man in the back as gang members held him down, was allegedly asleep with his gun in a car blocking traffic Wednesday night, according to authorities.
(Los Angeles County Sheriff’s Department)

A judge ordered Cachu’s release in November after Blair declined to present evidence at a hearing to determine whether he should remain in custody after aging out of the juvenile detention facility, Fox News Digital reported at the time.

Blair said Friday that she had not requested Cachu’s immediate release, although the judge ordered it.

“Mr. Cachu could have still been in custody had the judge made a [Division of Juvenile Justice] referral,” she said. “The judge chose not to.”

Under that scenario, Cachu could have been held in the juvenile facility until July 30, 2023, she said.

Cady claims Blair also played a similar role in the release of Victor Bibiano, who was sentenced to life in prison without the possibility of parole for his part in a double homicide when he was 17 in 2009. He was released in 2021 and then accused of killing a homeless man in April.

“Her deliberate actions have endangered the public and devastated victims and their families,” said Cady, who represents the family of Cachu’s victim, Louis Amela, 41.

Blair said her works has been in line with her sincere beliefs and, in a separate written statement, said that some crime victims have told her they supported lenient punishments imposed on their assailants.

“When you’re in this field, and when you’re in this space, you research, you read, you have anecdotes, you have cases, and you make a decision about how you feel largely about something,” she told Fox News Digital Friday, adding that she was speaking for herself and not on behalf of Gascon’s office. “I make the decision that I don’t believe that children should be transferred to adult court – and that’s backed by my experiences, my research, the racial disparities, etc., etc. That’s my firm decision.”

Her last day is July 29, she said. Gascon’s office declined to comment on Blair’s departure.