“The federal charges announced today allege that members of the place-based investigations unit falsified the affidavit used to obtain the search warrant of Ms. Taylor’s home – that this act violated federal civil rights laws and that those violations resulted in Ms. Taylor’s death,” Garland said.

“Specifically, we allege that Ms. Taylor’s Fourth Amendment rights were violated when defendants Joshua Jaynes, Kyle Meany and Kelly Goodlett sought a warrant to search Ms. Taylor’s home knowing that the officers lacked probable cause for the search,” he added.

Breonna Taylor was killed during a March 2020 raid on her apartment.
(Courtesy of Taylor Family attorney Sam Aguiar via AP, File)

Jaynes was fired from the Louisville Police Department in January 2021 after his supervisors said he lied on paperwork that lead to the March 2020 raid on Taylor’s apartment, during which she was killed.

“The charges announced today also allege that the officers responsible for falsifying the affidavit that led to the search took steps to cover up their unlawful conduct after Ms. Taylor was killed,” Garland said. “We allege that defendants Jaynes and Goodlett conspired to knowingly falsify an investigative document that was created after Ms. Taylor’s death.

“We also allege that they conspired to mislead federal, state and local authorities who were investigating the incident,” he added. “For example, we allege that in May 2020, those two defendants met in a garage where they agreed to tell investigators a false story.”

“Another indictment filed today alleges that after Ms. Taylor was shot, another LMPD officer, defendant Brett Hankison, moved from the doorway to the side of her apartment and fired 10 more shots through a window in a sliding glass door, both of which were covered with blinds and curtains,” Garland also said. “Defendant Hankison has been charged with two civil rights offenses, alleging that he willfully used unconstitutionally excessive force while acting in his official capacity as an officer.” 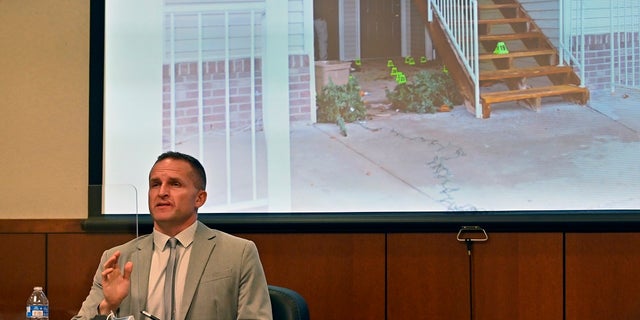 Former Louisville Police officer Brett Hankison is questioned by prosecution as he discusses his position during the attempted execution of a search warrant in Louisville, Kentucky, Wednesday, March 2, 2022.
(AP Photo/Timothy D. Easley, Pool)

Attorney Ben Crump, who is representing Taylor’s family, said following the announcement that “today was a huge step toward justice.”

“We are grateful for the diligence and dedication of the FBI and the DOJ as they investigated what led to Breonna’s murder and what transpired afterwards,” he added.

Former Louisville, Kentucky, police officer Brett Hankison, the only cop criminally charged in connection with the raid that ended in Taylor’s death, was acquitted in March of this year.

Hankison, 45, had been charged for allegedly firing through sliding-glass side doors and a window of Taylor’s apartment during the narcotics raid that left the 26-year-old Black woman dead. Hankison’s attorneys never contested the ballistics evidence, but said he fired 10 bullets because he thought his fellow officers were “being executed.” 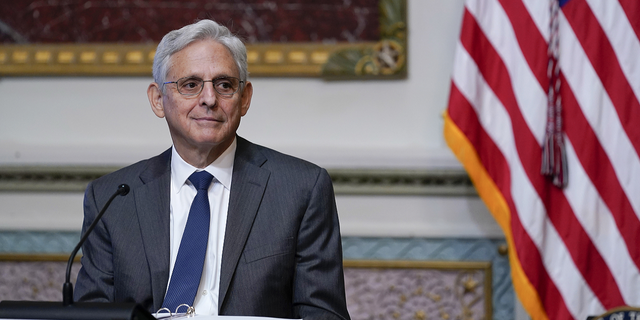 Hankison testified during the trial that he saw a muzzle flash from Taylor’s darkened hallway after police burst through the door and thought officers were under heavy fire, so he quickly wheeled around a corner and sprayed 10 bullets, hoping to end the threat.

Taylor, an emergency medical technician who had been settling down for bed when officers broke through her door, was shot multiple times and died at the scene.

Fox News’ Stephanie Pagones and the Associated Press contributed to this report.