Hurricane Fiona is now a Category 4 hurricane and is expected to reach Bermuda on Friday morning.

The storm will pass northwest of the island, but will be near enough that hurricane warnings have been issued for its 65,000 residents.

As the storm swirls, far off the U.S. mainland, it will produce choppy seas and rip current risks for East Coast beaches.

By Saturday and Sunday, the hurricane will turn toward Canada, impacting Nova Scotia and Newfoundland.

Even as this storm winds down in the coming days, the Atlantic hurricane basin remains active. 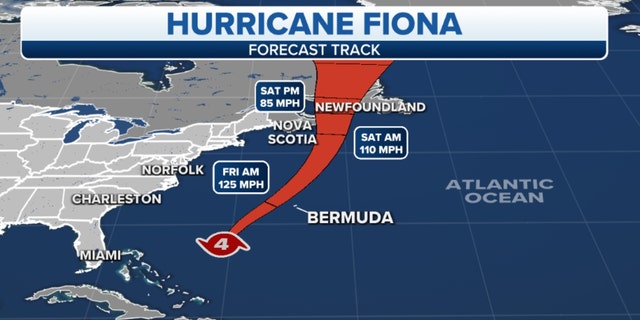 As of Thursday morning, there are three disturbances identified that could eventually become tropical storms.

The nearest and most likely is located just north of South America. 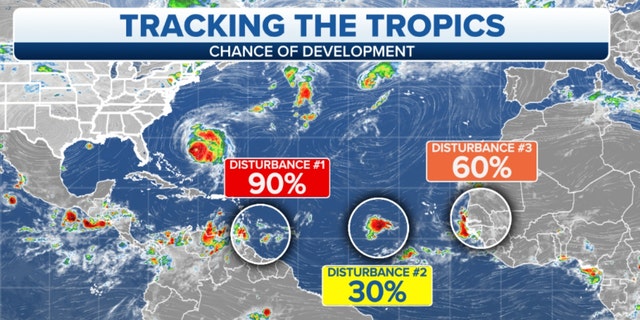 The chance of development in the Tropics
(Credit: Fox News)

The disorganized storm system has a 90% chance of coming together and becoming a named storm in the next five days.

The current forecast tracks this system into the southern Caribbean by the weekend.

Adam Klotz currently serves as a meteorologist for FOX News Channel and FOX Business Network. He is based in New York City and joined the network in January 2017.