Hundreds of migrants suspected to have entered the country illegally were seen Thursday wandering the side of a highway in Eagle Pass, Texas, a small town just east of the Rio Grande on the Mexican border, a video taken by Texas law enforcement showed.

Between August and May Border Patrol officers have paroled more than 207,000 migrants to avoid overcrowding in detention centers, a system started under the Biden administration.

Hundreds of migrants suspected to have entered the country illegally were seen this week wandering the side of a highway in Eagle Pass, Texas.
(Law Enforcement Source/Bill Melugin)

By law, the Homeland Security Department may parole migrants “for urgent humanitarian reasons or significant public benefit.” The Border Patrol says it turned to parole because it lacks holding space and resources are “overwhelmed.”

The Border Patrol in Eagle Pass sends around 1,000 migrants every day to a nonprofit called Mission: Border Hope in the town. 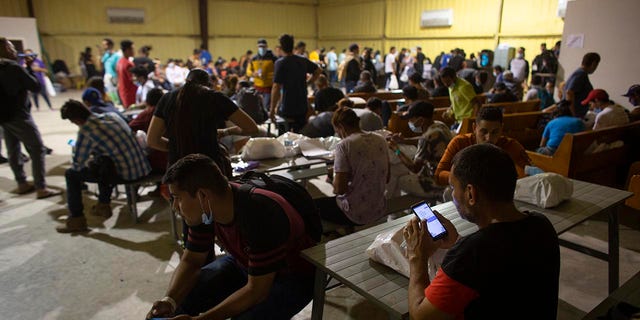 People wait at a warehouse run by the Mission: Border Hope nonprofit group, in Eagle Pass, Texas, May 23, 2022. The Border Patrol releases up to 1,000 migrants daily at Mission: Border Hope. The nonprofit group, run by the United Methodist Church, outgrew a church and moved to the warehouse in April amid the Biden administration’s rapidly expanding practice of releasing migrants on parole, particularly those who are not subject to a pandemic rule that prevents migrants from seeking asylum.
(AP Photo/Dario Lopez-Mills)

AT THE SOUTHERN BORDER: DOZENS OF MIGRANTS DETAINED AS BORDER PATROL CONTENDS WITH NIGHTLY INFLUX 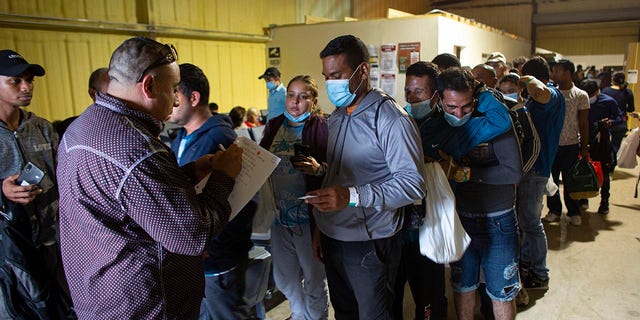 People line up for a commercial bus that will take them to the San Antonio airport at a warehouse run by the Mission: Border Hope nonprofit group run by the United Methodist Church in Eagle Pass, Texas, May 23, 2022.
(AP Photo/Dario Lopez-Mills)

In the previous seven months before last August, only seven migrants had been paroled.