Law enforcement officials were clearing the scene of an encampment where a new police training facility is being built in suburban Atlanta when an exchange of gunfire broke out on Wednesday, leaving a state trooper wounded and one man dead, according to officials.

Officers from Georgia State Patrol and multiple local agencies entered the wooded area on Wednesday morning when the man suddenly opened fire on them, Georgia Bureau of Investigation Director Michael Register said at a press conference.

“An individual, without warning, shot a Georgia State Patrol trooper,” Register told reporters. “Other law enforcement personnel returned fire in self-defense and evacuated the trooper to a safe area. The individual who fired upon law enforcement and shot the trooper was killed in the exchange of gunfire.”

Law enforcement officers on the scene of a wooded area in DeKalb County where a Georgia state trooper was wounded and another man was killed on Wednesday morning.
(Fox 5 Atlanta)

The trooper, who was wearing a bulletproof vest, was shot in the abdomen and is listed in stable condition.

Four individuals were detained at the scene, where activists have been camping out over the past year in protest of the $90-million Atlanta Public Safety Training Center, which they refer to as “Cop City.”

The identities of the trooper who was wounded and the man who was killed have not been released by police. 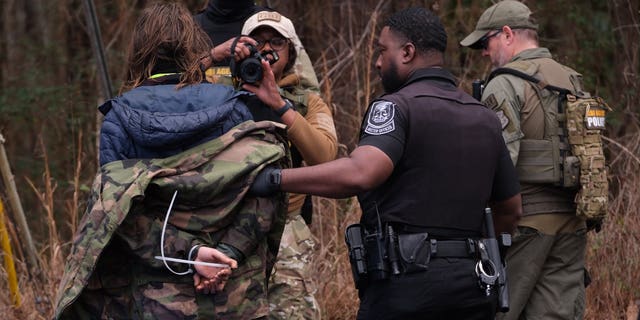 Four individuals were arrested on Wednesday morning near the site of the new police training facility.
(Bill Heath/FOX 5 Atlanta)

Last month, five individuals were arrested and charged with domestic terrorism after allegedly throwing rocks and police cars and attacking EMT workers near the site of the new facility.

Defend the Atlanta Forest, one of multiple groups protesting the center, is organizing vigils for the protester who killed.

“Police killed a forest defender today, someone who loved the forest, someone who fought to protect the earth & its inhabitants,” the group tweeted. 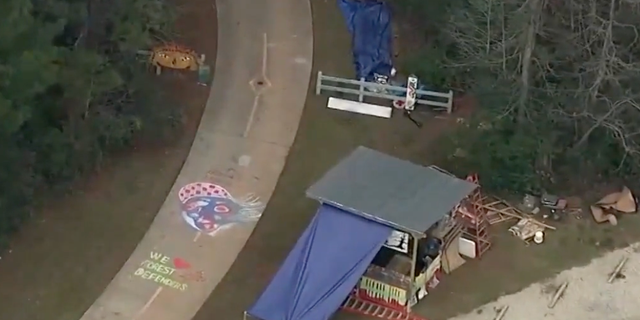 Protesters have been camping out around the scene of the new training facility for the past year.
(Fox 5 Atlanta) 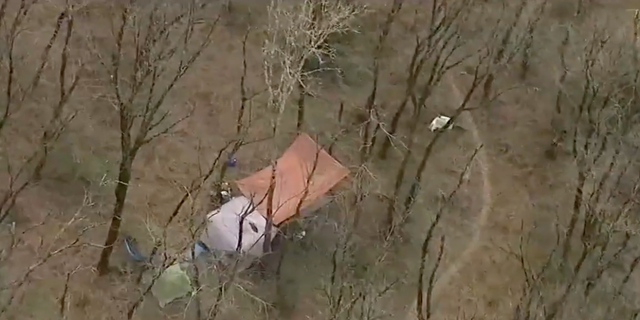 Protesters have set up tents and other accommodations in the woods.
(Fox 5 Atlanta)

Georgia Gov. Brian Kemp has pledged to crack down on individuals camped out at the site of the new training facility.

“As our thoughts remain with him and his family, our resolve also remains steadfast and strong to see criminals brought to justice,” Kemp said Wednesday after the shooting.