A Florida SWAT officer fatally shot a homicide suspect during a nine-hour standoff in Wimauma on Wednesday before rescuing the suspect’s girlfriend, whom he was holding hostage.

Deputies were able to rescue the female hostage after shooting Juan Sarmiento, 42, who was known to law enforcement prior to the incident, according to the Hillsborough County Sheriff’s Office (HCSO).

He had previously been arrested on eight felony charges, including aggravated assault and aggravated battery with a deadly weapon.

“Ultimately, this is never the outcome we want to see in incidents such as these,” Sheriff Chad Chronister said in a Wednesday statement. “Thanks to the brave actions of the friend who called our dispatch center to report the shooting, we were able to save a woman who was held hostage and was potentially in a life-threatening situation.”

The Hillsborough County Sheriff’s Office is actively investigating the incident that began just before 12 a.m. Wednesday when deputies responded to reports of a homicide on the 5600 block of Center Street.

Upon arrival, the complainant directed deputies to another property on the 5600 block of State Road 674, where deputies located a deceased male identified as Sarmiento’s friend in a nearby vehicle, according to the sheriff’s office. 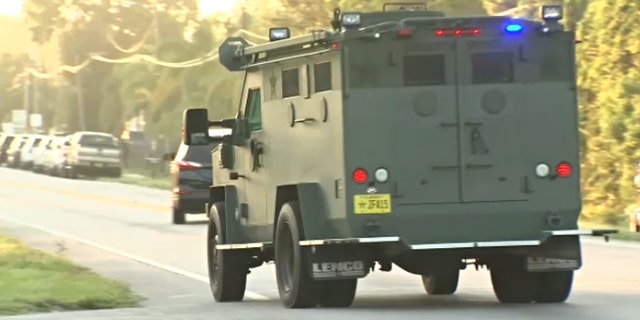 Deputies then responded to a man “shouting profanities from a shed,” which was locked, near State Road 674. The suspect inside said he was armed with a hostage, whom deputies could hear inside the barricaded shed with the suspect. The suspect later made threats against deputies, who determined that the man inside the shed was the same suspect as the earlier homicide.

Just before 12:40 a.m., HCSO’s SWAT Team Crisis Negotiation Team and Bomb Disposal Team were deployed to the scene and negotiated with Sarmiento for nearly nine hours, according to authorities. Over those nine hours, the suspect became “increasingly hostile” and continued making threats, including the following: 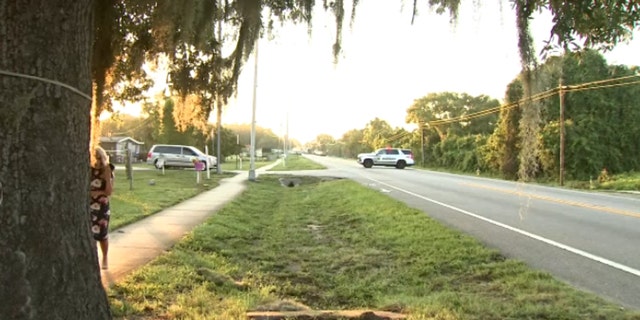 A SWAT officer eventually shot Sarmiento out of fear for the victim’s life. Authorities were then able to safely recover the hostage and transport the suspect to a nearby hospital, where he was pronounced dead, HCSO said.

Sheriff Chad Chronister said during a Wednesday news conference that there may have been a connection between the homicide victim and the suspect’s girlfriend, as FOX 13 Tampa Bay first reported.

“The new-found girlfriend stayed at this same residence on and off as our victim of our homicide, so we know there’s a relationship there. I just can’t say unequivocally what it is at this point,” he said.