Border Patrol agents seized 450 pounds of meth worth $1.7 million in an abandoned vehicle in northwestern Washington.

The drugs were found in duffel bags in a Hummer H3 in the Blaine Sector, which sits about 30 miles south of Vancouver, Canada.

“This seizure is an excellent example of their commitment to this honorable mission by taking nearly 450 pounds of methamphetamine off the streets,” BeMiller said in a statement. 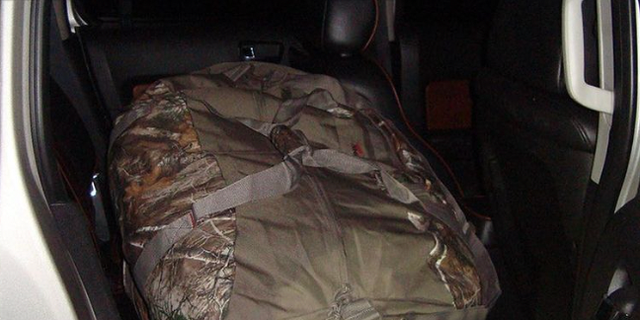 The drugs were found in duffel bags in an abandoned car near the Canadian border.
(U.S. Border Patrol, Blaine Sector)

Most seizures of meth by Border Patrol occur near the southern border.