All of the apprehensions took place in the Del Rio Sector in Southwest Texas. Beginning on Jan. 13, Brackettville agents stopped seven migrants who found to be in the U.S. illegally. Among them was Nicolas Agaton-Hernandez, 41, a Mexican national convicted of statutory, enticement of a minor, and sex offense against child, in 2013.

Agaton-Hernandez was confined for five years for his offenses and deported in 2018.

On Sunday, Del Rio agents arrested Juan Jose Garcia-Ortiz, 27, a Mexican national who was convicted of online solicitation of a minor in Georgetown, Texas, in 2020. Garcia-Ortiz was encountered with two other migrants attempting to avoid detection, CBP said.

A general view of the Rio Grande in Texas.
(REUTERS/Marco Bello)

He received 30 days confinement and 10 years probation and was most recently deported in 2020.

Flores was sentenced to two years of confinement and was deported in 2020. 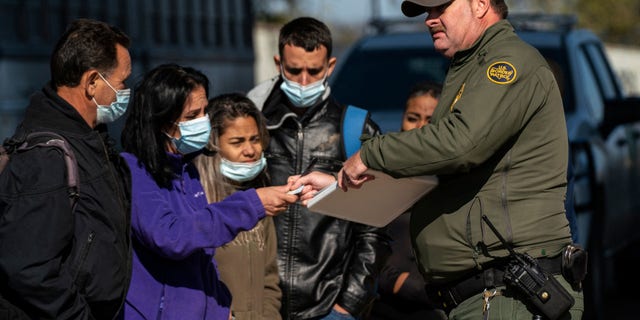 Migrants wait for their turn to have a Border Patrol agent write down their information in Eagle Pass, Texas on December 20, 2022. The U.S. Supreme Court on December 19, 2022, halted the imminent scrapping of a key policy used since former President Donald Trump’s administration to block migrants at the southwest border, amid worries over a surge in undocumented immigrants. An order signed by Chief Justice John Roberts placed a stay on the removal planned for December 21 of Title 42, which allowed the government to use Covid-19 safety protocols to summarily block the entry of millions of migrants. (Photo by VERONICA G. CARDENAS / AFP) (Photo by VERONICA G. CARDENAS/AFP via Getty Images)
(VERONICA G. CARDENAS/AFP via Getty Images) 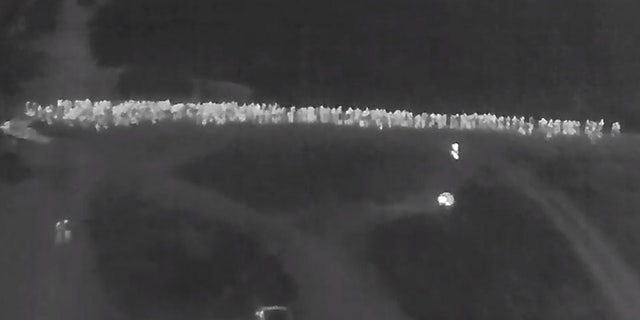 Each convicted felon will be charged with re-entry after deportation, which carries a maximum sentence of up to 20 years in prison, CBP announced in a news release.

Chris Pandolfo is a writer for Fox News Digital. Send tips to chris.pandolfo@fox.com and follow him on Twitter @ChrisCPandolfo.