“The foiled plot to assassinate John Bolton is another reminder, if any was needed, that Iran’s hostile regime cannot be trusted,” James Phillips, the senior research fellow for foreign policy at the Heritage Foundation, told Fox News. “The regime’s longstanding reliance on terrorism to seize power, stay in power and export its revolution is a major reason why Iran cannot be allowed to gain nuclear weapons.”

“It is not just me,” Bolton, a staunch critic of the Iranian regime, said in an interview with Fox News Digital last week. “The regime in Tehran has targeted a lot of Americans.”

The same operative that was behind an alleged plot to assassinate former Secretary of State Mike Pompeo, another one of Iran’s most vocal critics.

The revelations about the plot to kill Bolton came just days before the attempted murder of author Salman Rushdie before a speech in Chautauqua, New York on Friday, 30 years after Iran’s late leader Ayatollah Ruhollah Khomeini called for him to be killed.

Critics quickly called on the Biden administration to pull out of the nuclear talks in response to the plots, with Sen. Tom Cotton, R-Ark., arguing the country is a “terrorist regime.”

“Iran’s leaders have been calling for the murder of Salman Rushdie for decades,” Cotton said on Twitter last week. “We know they’re trying to assassinate American officials today. Biden needs to immediately end negotiations with this terrorist regime.” 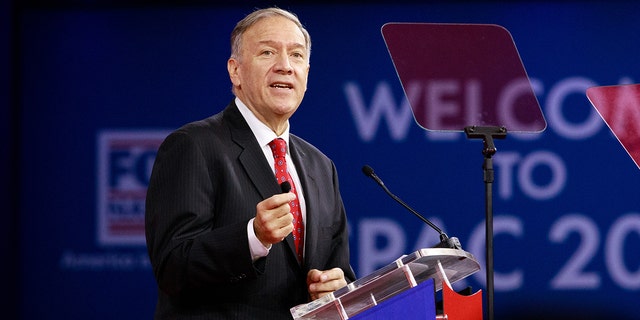 BILL MAHER REACTS TO SALMAN RUSHDIE ATTACK: DON’T COME AT ME WITH ‘ISLAMOPHOBIC’ TO SHUT OFF ISLAM DEBATE

President Biden has made rekindling the Obama-era nuclear deal, which the U.S. pulled out of under former President Donald Trump, a cornerstone of its strategy in Iran, abandoning the “maximum pressure” campaign of the Trump administration.

“President Biden has been clear that he will ensure Iran never acquires a nuclear weapon,” a White House spokesperson told Fox News. “He believes diplomacy is the best path to achieving that goal. As long as he believes pursuing JCPOA talks is in U.S. national security interests, we will continue to do so.”

Addressing the threats against former officials such as Bolton and Pompeo, the spokesperson said Biden “will not waiver in protecting and defending all Americans against threats of violence and terrorism.”

“We will continue to bring to bear the full resources of the U.S. Government to protect Americans,” the spokesperson added.

But Phillips believes the diplomatic focus and attempt to rekindle the nuclear deal will only serve to embolden Iran.

“Such a myopic, weak-kneed policy would undermine long-term U.S. national security in exchange for limited, temporary, and easily-reversed restrictions on Iran’s nuclear program that Tehran is likely to abandon as soon as it suits its interests,” Phillips said.

Phillips noted that Iran has accelerated their efforts to build a nuclear weapon as negotiations have continued, arguing the regime’s actions should be responded to with a return to the Trump-era “maximum pressure” policy, enforcement of existing sanctions, and the implementation of more sanctions.

“It should also escalate sanctions against Iran for the foiled plot to assassinate John Bolton,” Phillips said. “At a minimum, Iran’s president and foreign minister should be denied visas to the U.S. and blocked from attending the convening of the U.N. General Assembly in September, and all future U.N. events in the U.S., until Iran has surrendered the Iranian caught red-handed trying to orchestrate Bolton’s assassination.”