An Al-Jazeera reporter was killed in the West Bank Wednesday, under disputed circumstances, prompting an investigation, officials said.

Shireen Abu Akleh, a reporter well-known in the area, was pronounced dead after she was shot in the head during a news report in the city of Jenin, officials said. She was rushed to a local hospital and died soon after.

The circumstances of her death have been disputed as Palestinian and Israeli officials disagree on who is responsible.

Al Jazeera’s Nida Ibrahim, a correspondent in the West Bank, described the death as “a shock to the journalists who have been working with her,” the outlet reported.

“What we know for now is that the Palestinian Health Ministry has announced her death,” Ibrahim added. “Shireen Abu Akleh, was covering the events unfolding in Jenin, specifically an Israeli raid [in] the city, which is north of the occupied West Bank, when she was hit by a bullet to the head.”

Journalists and medics wheel the body of Shireen Abu Akleh, a journalist for Al Jazeera network, into the morgue inside the Hospital in the West Bank town of Jenin, Wednesday, May 11, 2022.
(AP Photo/Majdi Mohammed)

An emotional Ibrahim also described Abu Akleh as a “very well respected journalist” who has been with the company since 2000.

ISRAEL CONFLICT: HOW HAS HAMAS GROWN A ROCKET ARSENAL?

Another journalist, who is an employee of the Al-Quds newspaper, was also struck by a bullet and was taken to the hospital. The journalist is in stable condition, according to the report.

The two were wearing flak jackets, often worn by members of the press while in war zones, at the time of the incident. 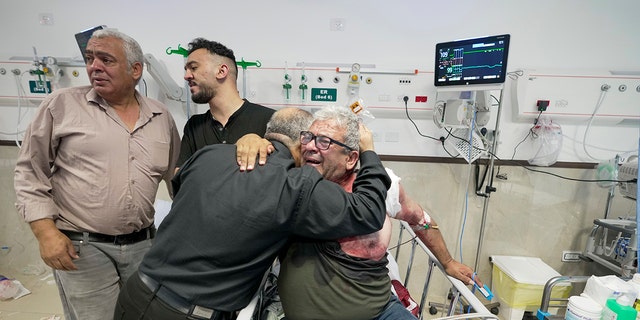 An injured journalist is being hugged by one of the colleagues of killed journalist Shireen Abu Akleh, a journalist for the Al-Jazeera network, in the Hospital West Bank town of Jenin, Wednesday, May 11, 2022.
(AP Photo/Majdi Mohammed)

Israel’s military, however, disputed the claim and said they came under heavy fire and were attacked with explosives when they returned fire. The military also said it was possible Abu Akleh was struck by Palestinians during the initial volley. 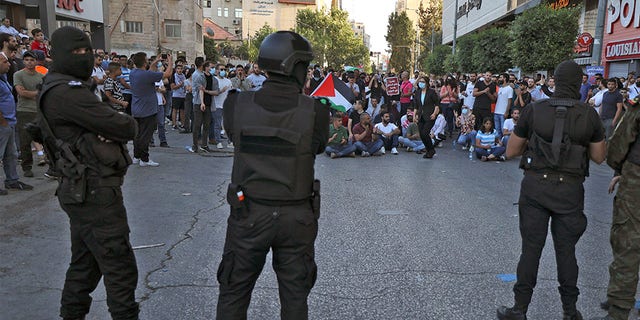 Israel is “investigating the event and looking into the possibility that the journalists were hit by the Palestinian gunmen,” its military said.