Eight cruise missiles hit a hydrotechnical structure in central Ukraine Wednesday evening, breaking a dam on the Inhulets River in what regional officials said was an intentional hit to try and wash away the city.

“Russia has committed another terrorist act,” Oleksandr Vilkul, head of the Kryvyi Rih military administration, said in an address posted to Telegram according to a translation by Ukrinform. “The attempt is to simply wash away a part of our city with water.”

Over 110 homes were reportedly flooded, though Vilkul said water levels were dropping and had decreased by nearly 16 inches after officials worked overnight.

Two intentional explosions and “major engineering” work was done on a dam in western Ukraine near Chornohorka “to increase its capacity” and allow water to be diverted from the Inhulets River, Vilkul said. 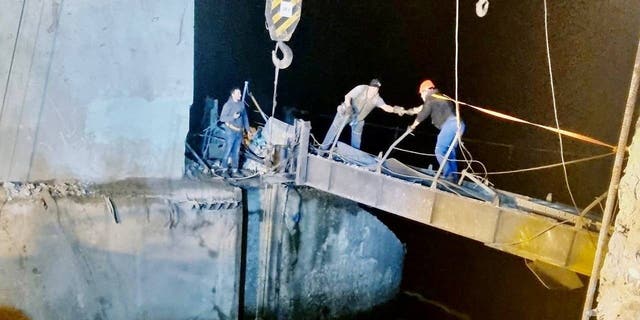 Workers repair a hydraulic structure damaged by a Russian missile strike, amid Russia’s attack on Ukraine, in Kryvyi Rih, Ukraine, in this handout picture released Sept. 15, 2022.
(Press service of the State Emergency Service of Ukraine/Handout via REUTERS)

Zelenskyy condemned the attack in a fiery message Thursday morning and said the strike had “no military value at all” and was another attack on civilian populations.

“All those who launch these missiles, those who came to our land – weaklings. You are weaklings waging a war against civilians,” he said calling Russian soldiers “scoundrels.”

“You will remain terrorists whom their own grandchildren will be ashamed of,” he continued. “A vile act, which may please insane Russian propagandists, but will certainly not save the moral and psychological state of Russian soldiers. “

Zelenskyy’s heated address came after he visited the recently retaken city of Izium in Ukraine’s northern region of Kharkiv Wednesday. 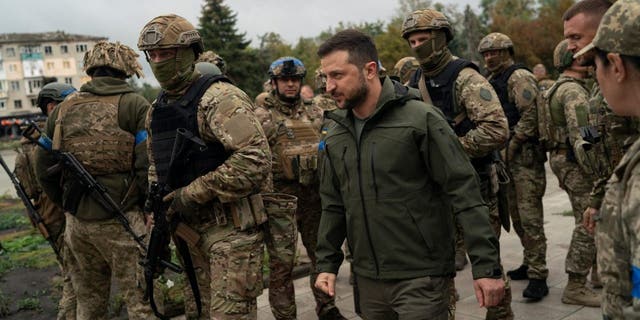 Ukrainian officials championed their success in the region, and Zelenskyy said nearly all of it had been “de-occupied.”

However, Zelenskyy and regional officials said the city was left in a state similar to Bucha and other urban areas occupied by Russian forces and said there were again signs of human rights atrocities like torture and civilian killings.