Ukrainian President Volodymyr Zelenskyy has called on NATO and the international community to declare Russia a “terrorist state” following the missile strike on a detention center that killed some 50 Ukrainian prisoners of war last week.

On Tuesday Zelenskyy met with the head of the Organization for Security and Co-operation in Europe Zbigniew Rau and NATO chief Jens Stoltenberg in Kyiv and said he “paid special attention to the issue of our prisoners of war kept by Russia.”

“In particular… the Russian terrorist attack in Olenivka, which must become [the] ultimate argument for all civilized countries of the world to officially recognize Russia as a terrorist state,” Zelenskyy said in his nightly address.

“Isn’t this a sufficiently brutal and obvious act of terrorism?” he questioned.

Zelenskky’s outrage stems from a missile strike that hit a Russian detention center holding Ukrainian POWs outside of Donetsk Friday.

Russia immediately attempted to lay the blame on Ukrainian forces and claimed U.S.-supplied HIMARS were behind the attack.

Ukrainian officials denied the accusation, with one telling Fox News Digital this was a “brutal execution of POWs.”

Ukraine’s defense ministry later confirmed that the “Armed Forces of Ukraine did not launch missile [or] artillery strikes in the area of Olenivka settlement.” 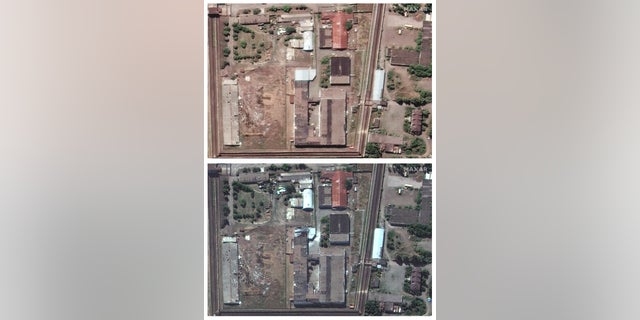 A combination photo shows satellite images of a prison before a strike on a facility in Olenivka, Ukraine, on July 27, 2022, top, and after an attack on July 30, 2022.
(Satellite image 2022 Maxar Technologies/Handout via Reuters)

Ukraine claimed that some 40 Ukrainian soldiers were killed with another 75 injured, though Russia reportedly released a list of 53 Ukrainian soldiers killed and 73 injured in the attack that appeared to only hit the housing area where the POWs were held.

Exact details surrounding the attack remain unclear largely due to Russia’s refusal to allow for the International Committee of the Red Cross (ICRC) to gain access to site.

Fox News Digital could not immediately reach the ICRC for comment, but in its latest updated posted to Twitter, the international aid organization said Saturday, “To be clear, our request to access the POWs from Olenivka penal facility yesterday has not been granted.”

“Granting ICRC access to POWs is an obligation of parties to conflict under the Geneva Conventions,” the group added. 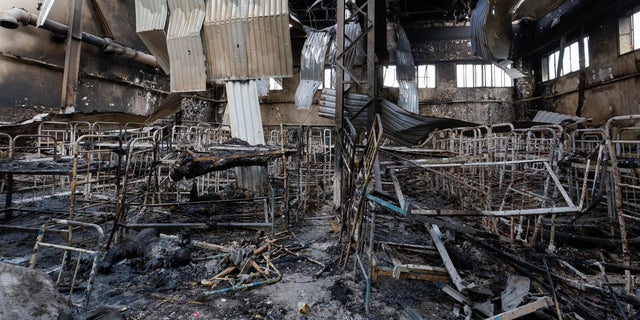 Burnt bodies of detainees lie among debris following the shelling at a pre-trial detention center in the settlement of Olenivka in the Donetsk Region, Ukraine, July 29, 2022.
(Reuters/Alexander Ermochenko)

U.S. defense officials countered Russian claims that the attack was carried out by U.S.-supplied HIMARS and told Politico this week that, according to satellite images, the site of the attack did not show signs that a HIMARS was used.

Another official reportedly assessed that the missile strike was not ordered by Kyiv.

Russia’s accusation comes as Ukrainian forces have increasingly made gains in areas like Kherson with the help of U.S. systems like HIMARS.