The man who allegedly stabbed author Salman Rushdie is Hadi Matar, a 24-year-old New Jersey man whose mother says he was radicalized during a 2018 trip to the Middle East.

Matar’s mother, Silvana Fardos, disowned her son after hearing about his alleged attack on Sunday. Fardos says Matar’s 2018 trip to visit his father in Lebanon changed him from an outgoing, American-raised boy to an angry introvert who criticized her for not raising him to follow Islam, according to the Daily Mail.

Fardos divorced Matar’s father in 2004, and he soon moved back to the Middle East.

“The first hour he gets there he called me, he wanted to come back,” Fardos told the Mail of her son’s trip. “He stayed for approximately 28 days, but the trip did not go well with his father, he felt very alone.”

Hadi Matar, 24, center, arrives for an arraignment in the Chautauqua County Courthouse in Mayville, N.Y., Saturday, Aug. 13, 2022. Matar, who is accused of carrying out a stabbing attack against “Satanic Verses” author Salman Rushdie has entered a not-guilty plea in a New York court on charges of attempted murder and assault. An attorney for Matar entered the plea on his behalf during an arraignment hearing.
(AP Photo/Gene J. Puskar) 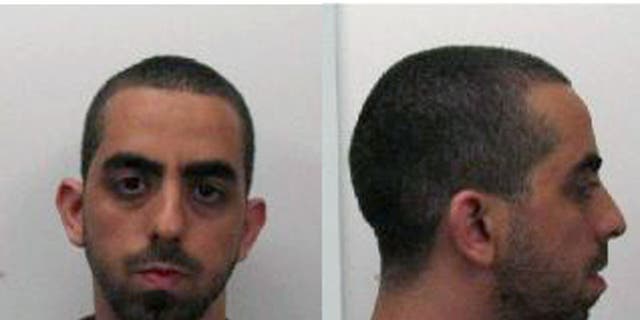 “I was expecting him to come back motivated, to complete school, to get his degree and a job. But instead, he locked himself in the basement. He had changed a lot, he didn’t say anything to me or his sisters for months.”

“I couldn’t tell you much about his life after that because he has isolated me since 2018. If I approach him sometimes he says hi, sometimes he just ignores me and walks away,” she added. “He sleeps during the day and wakes and eats during the night. He lives in the basement. He cooks his own food.”

Nevertheless, Fardos says she was shocked to hear that her son allegedly stabbed Rushdie, saying she didn’t think he was capable of such a thing. Matar is accused of stabbing Rushdie in the face, neck, and body during an event at The Chautauqua Institute in New York. The author is expected to lose an eye and reportedly had nerves severed in one of his arms.

Rushdie has been a target of an Iranian fatwa, or bounty, for decades. The Islamic regime in Iran took offense to the contents of Rushdie’s ‘The Satanic Verses’ and called for attacks on the author and anyone else associated with the book’s publication.

Rushdie lived in hiding for years following the fatwa, and several people responsible for translating his book suffered attacks.

“I didn’t push my kids into religion or force anything on my son,” Fardos told the Mail. “I don’t know anyone in Iran, all my family are here. I’m living a simple life as a single mom, trying to keep a roof over our heads and food on the table for my kids.”

Fardos has two other children aside from Matar, a pair of 14-year-old twins. She says her relationship with Matar continued to deteriorate after his return from the Middle East.

“One time he argued with me, asking why I encouraged him to get an education instead of focusing on religion. He was angry that I did not introduce him to Islam from a young age,” she told the Mail.

Matar pleaded not guilty to charges of attempted murder and assault on Saturday.