Sullivan noted that the U.S. remains wary of elevating any conflict with China to a point where it could possibly “drift” into a new Cold War.

“That is how we have tried to approach things,” he said. “I believe that we have hit our marks in terms of what we set out, and two days ago is an 18-month point of this administration. I think in the Pacific, in Europe, in the Middle East, as we look at the global competition with China, I think we are well positioned to be able to effectively deal with it.”

Chinese Ambassador the United States Qin Gang earlier this week spoke at the same forum and insisted that U.S. support for the One China policy included an acknowledgement of China’s ownership over Taiwan.

At an earlier session at Aspen Security Forum, former Defense Secretary Mark Esper acknowledged that China’s language that set out the One China policy talked about “Chinese on both sides of the strait,” but he added that he believed “the One China policy has run its course.”

DEMOCRATIC FOREIGN POLICY EXPERTS DIVIDED ON PELOSI’S TRIP TO TAIWAN: ‘GOOD FOR HER,’ ‘NOT A GOOD IDEA’

“Look, those two tenets are no longer true,” Esper argued. “First of all, a majority of people on Taiwan identify as Taiwanese, not Chinese; and secondly, they long ago renounced any ambition to returning to the mainland and claiming it.” 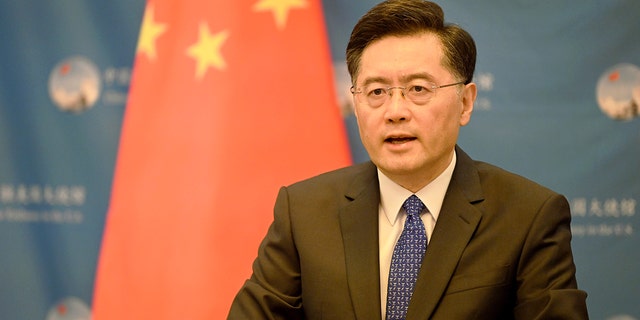 Chinese ambassador to the United States Qin Gang makes statement at an online symposium jointly held by Chinese Embassy and Consulates General in the US to commemorate the 110th anniversary of the Revolution of 1911, on October 13, 2021 in Washington, DC.
(Chen Mengtong/China News Service via Getty Images)

“I think on top of that, the other piece of this is clearly China has been violating the unwritten, maybe some would say unwritten rule – that is, of course, it’s embodied in the Taiwan Relations Act – but they would not use coercion to determine the final status, if you will, of Taiwan,” he added, saying that China has “upped its game” against Taiwan to “coerce” negotiations in its favor.

President Biden has repeatedly stressed that the U.S. can support One China while maintaining that Taiwan is not part of China. Sullivan reiterated that when Biden has said the U.S. will support Taiwan that the president does not “speak off the cuff” but is indeed stating policy.