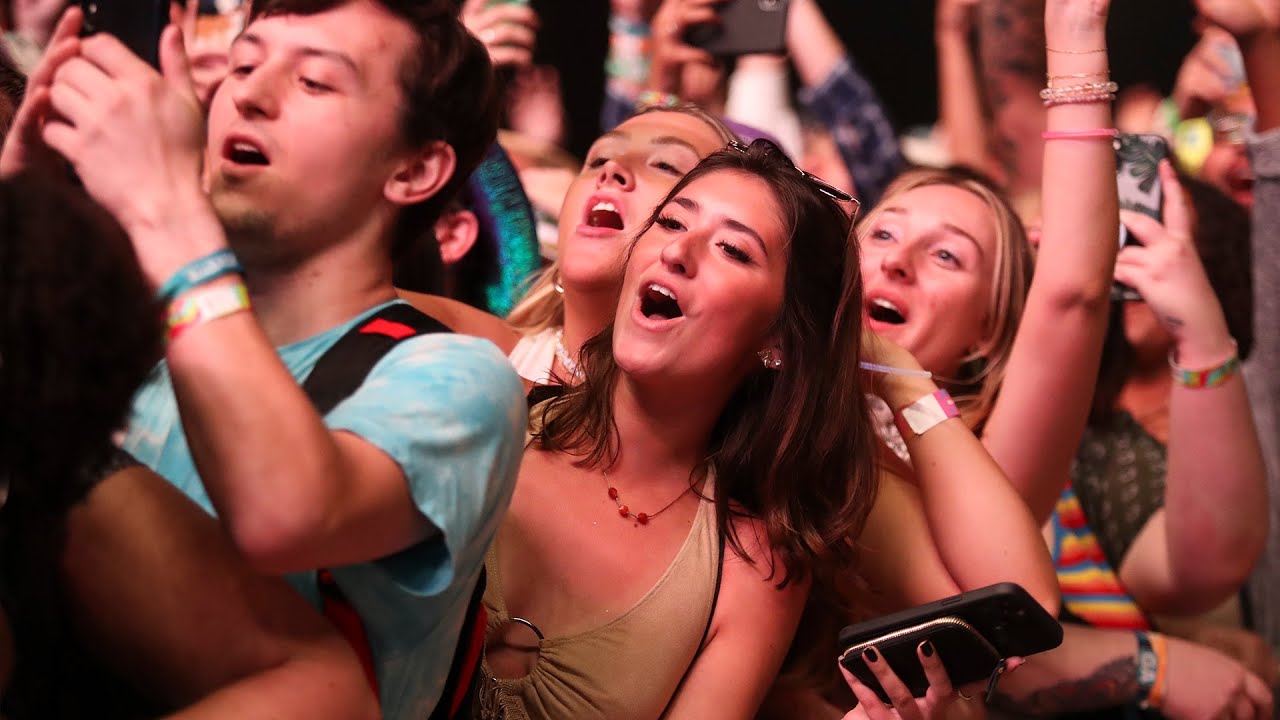 Afternoon rain did little to dampen the enthusiasm for the kickoff of Firefly 2022.

And the forecast is calling for clearer skies, so get ready to rock your fest fashions!

Entertainment reporter Andre Lamar observes that while the rain may not be what anyone wished for, there is some significance in this anniversary year.

“In very serendipitous fashion it would make sense though that it would be a little wet today because it also rained the first day of Firefly back when it launched in 2012 with headliner Jack White. That was a day that a lot of people who came that year fondly remember because he was playing in the rain, folks were singing along with him It was a pretty wild night.”

It’s hard to believe it’s the 10th anniversary festival already. Check out this look back at the top Firefly acts to rock the Woodlands in its 10-year history.

In its 10th year, Firefly has brought in women headliners in response to past criticism about a lack of women artists in top spots on the bill.

Among the notable artists performing this weekend include Willow, daughter of Will Smith and Jada Pinkett Smith.

And be sure to look out for DJ Sophia Rocks, a prodigy turntablist, will open up the Pavilion Stage on Saturday, as the youngest performer at the festival.

The headliners for Firefly at The Woodlands of Dover are:

Here’s a snapshot of some of the other big names playing each day:

Not sure what to pack for the weekend? Check out our last-minute guide on what to bring with you.

Stay with us for on-going coverage all weekend long.

And have fun out there!

Follow that Bear:Firefly icon Sobear is a rave-happy teddy bear and a symbol of hope

Hometown pride:DJ Sophia Rocks, 14, is Firefly’s youngest artist in 2022. She was 4 when fest began

10 and counting:Firefly’s Top 10 most memorable shows since festival took flight

Who will you see?:Firefly 2022 adds set times: Fans must flip coins over schedule conflicts with headliners

What about that lineup?:Firefly fans sound off after fest adds Haim, T-Pain and 20+ others. Gunna was taken off bill