During a virtual address to the Lowy Institute on Oct. 6, Zelenskyy was asked how the international community could help prevent a potential nuclear war between Russia and Ukraine. In his answer, the Ukrainian president mentioned launching “preemptive strikes.”

“We can already see that these people [Russian officials] are capable of such atrocities. What must NATO do? Make it impossible for Russia to use nuclear weapons,” he answered, according to Yahoo! News.

Zelenskyy added: “But what is [more] important, I am once again turning to the international community, as I did before Feb. 24, to do preventative strikes so that they know what will await them if they use it [nuclear weapons].”

The strikes could not happen “the other way round,” the Ukrainian president contended, as to “wait for Russian nuclear strikes” would only further escalate the conflict.

“Reconsider applying pressure,” Zelenskyy urged in his address, “that’s what NATO should do, and reconsider the order in which it is applied.” 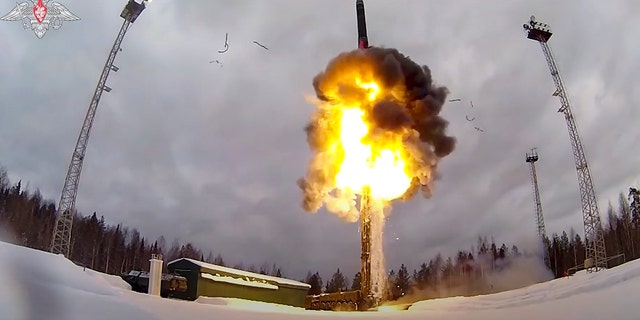 The Kyiv Independent reported Maria Zakharova, a spokesperson for Russia’s Foreign Ministry, claimed the comments were paramount to calling for nuclear war, which could destroy the planet.

Dmitry Peskov, the press secretary for Putin, said Zelenskyy’s words were “a call to start a world war with unpredictable and horrific consequences,” according to Yahoo.

Serhii Nykyforov, Zelenskyy’s spokesperson, explained later that Zelenskyy was actually calling for preventive sanctions against Russia to prevent the use of nuclear weapons, according to the Kyiv Independent.

Putin initially suggested using nuclear weapons in Ukraine, as he said on Sept. 21 that Russia would “use everything it can” when “its territorial integrity is threatened.” 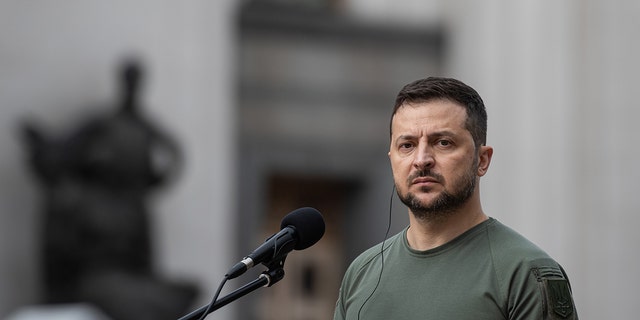 “This is not a bluff,” the Russian president added at the time.

In Zelenskyy’s speech, he called for “clear condemnation” from the world against Russia’s ongoing invasion. He also called for “new and tough sanctions” against Moscow.