A large tree crashed into an Alabama home Thursday night after a storm with 50 mph winds passed through the city of Birmingham, killing two young children and injuring at least three other people.

Birmingham Fire and Rescue Service was called to the home shortly after 5:30 p.m., an official told local news outlets.

Jalaia Ford, 3 months old, and Journee Jones, 11 months old, were pronounced dead after being pulled from the home and taken to a hospital.

An 11-year-old was also caught in the destruction.

One woman was taken to a hospital as authorities worked amid debris to extricate a second woman from the home, an official said.

“Because the structure is so unstable, every time we move a foot, the structure underneath is shifting,” Carrillo said Thursday. “So we’re having to stabilize the structure as we move in, and it’s just really time-consuming.”

Both women and the 11-year-old were taken to a hospital with “significant” injuries, Carrillo said. 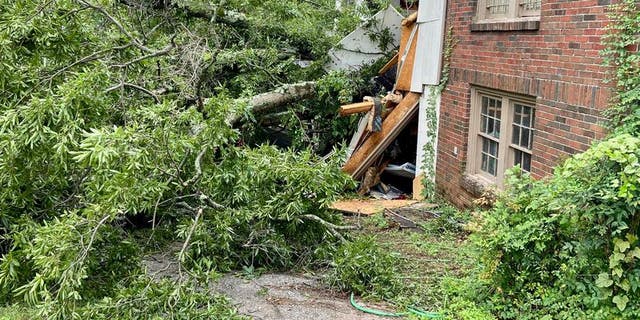 A tree fell on a home in Birmingham, Alabama, during a severe storm, killing two children.
(Carol Robinson)

It remains unclear what the relationship was between the household members.

Carrillo could not confirm the type of tree that fell on the house but estimated that it was “a lot taller” than a utlity pole and as wide as a “small sedan,” The New York Times reported.

The two women were found together trapped under the tree on the first floor. 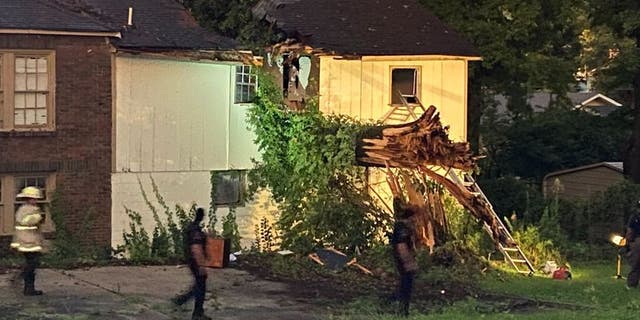 Authorities had to cut under the floor beneath them to avoid injuring them further.

Five other people in the home managed to escape unharmed.

Fox News could not immediately reach the Birmingham Fire and Rescue Service.