A Texas court has halted the execution of a woman convicted of killing her 2-year-old daughter Mariah in South Texas in 2007.

In its Monday ruling, the state Court of Criminal Appeals ordered a lower court to weigh the actual innocence claims of Melissa Lucio.

“I thank God for my life,” Lucio said in a statement released by her legal team. “I have always trusted in Him. I am grateful the Court has given me the chance to live and prove my innocence. Mariah is in my heart today and always.”

“I am grateful to have more days to be a mother to my children and a grandmother to my grandchildren. I will use my time to help bring them to Christ. I am deeply grateful to everyone who prayed for me and spoke out on my behalf,” she added.

BRANDON JUDD ON DEATH F TEXAS SOLDIER AT BORDER: ‘THIS DIDN’T HAVE TO HAPPEN’

The court found Lucio’s claims that prosecutors used false testimony to convict her, that scientific evidence not available at the time would have precluded her 2008 conviction, that she is actually innocent and that the prosecutors suppressed favorable evidence warranted a review of the case should undergo further scrutiny.

“We therefore remand those claims to the trial court for a merits’ review,” the court order said.

The Texas Board of Pardons and Paroles separately declined to recommend clemency for lucio in a separate decision Monday.

Lucio’s supporters and lawyers say she is the victim of a coerced confession, which came after hours of interrogation by police with Lucio initially denying she killed her daughter more than 100 times, Fox 4 reported. Her lawyers added that forensic evidence allegedly showing Mariah’s injuries were from her falling down stairs was never heard in court. Five jurors in the case have also expressed doubt in the verdict.

The case has also brought a rare instance of Democrat and Republican lawmakers agreeing that she should not be executed. More than half of the Texas state senate sent a letter to the state Board of Pardons and Paroles last week urging Gov. Greg Abbott to cancel the execution.

“The death penalty is the ultimate punishment in Texas, and our state has an absolute obligation to ensure that it never executes an innocent person,” the letter said. 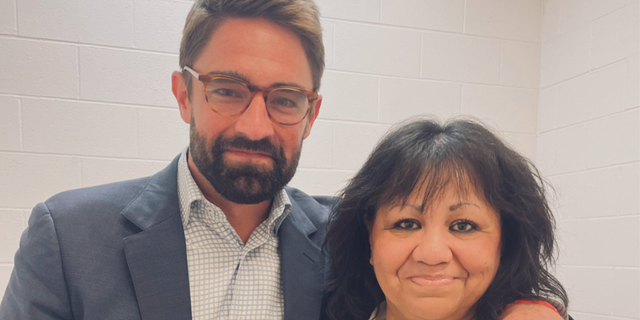 In a statement, state Rep. Jeff Leach, a Republican, praised the court’s decision.

“Just received word the Texas Court of Criminal Appeals has granted a stay of #MelissaLucio’s execution – remanding vital issues back to the trial court and securing justice for Melissa and for Mariah and the entire Lucio family. Praise God!” he tweeted.

Lucio worked as a part-time home health aide and struggled with drug abuse. Her family was homeless at one point and Child Protective Services previously stepped in and took some of her other children away due to neglect. Lucio’s lawyers, however, say she has no documented history of abusing her children, the New York Times reported.

The Pardons and Paroles Board declined to make a clemency recommendation Monday based on the stay of execution.