Sweden’s prime minister announced Monday that “we will inform NATO that we want to become a member of the alliance” as Russia’s war with Ukraine is nearing the 3-month mark.

Senate Republican leader Mitch McConnell is vowing that approval of Sweden’s application will be fast-tracked by Congress.

“We will inform NATO that we want to become a member of the alliance,” Prime Minister Magdalena Andersson said Monday in a speech to lawmakers. “Sweden needs formal security guarantees that come with membership in NATO.”

Sweden’s Prime Minister Magdalena Andersson, right, and the Moderate Party’s leader Ulf Kristersson give a news conference in Stockholm, Sweden, on Monday, May 16.

RUSSIA ‘NOT CONVINCED’ THAT FINLAND, SWEDEN JOINING NATO WILL IMPROVE SECURITY IN EUROPE

Andersson called it “a historic change” in Sweden’s security policy.

McConnell, speaking in Stockholm on Monday, said while other countries in the Western alliance may be able to approve Sweden’s application sooner, he had no doubt it will be approved in the U.S. Congress, likely by August. 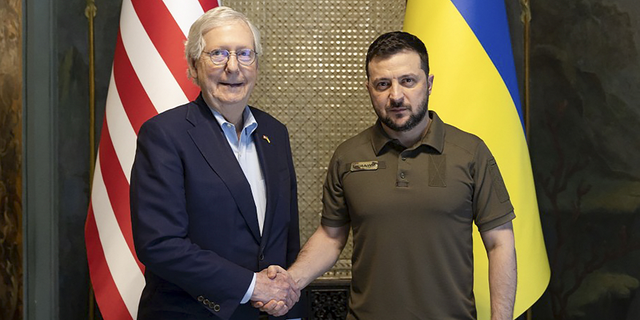 “We anticipate moving this rapid – in a more rapid fashion than past applications for NATO,” McConnell said.

“We hope to approve it before August,” he said. “We are confident it will be approved.” 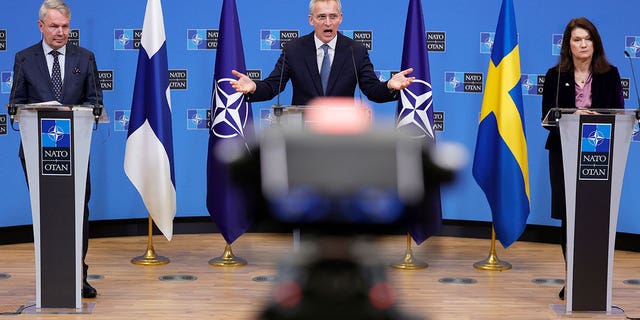 The minority leader was visiting the region with a delegation of Republican senators in a show of support as the region confronts Russian aggression with its invasion of Ukraine.