A St. Louis man was held up at gunpoint and forced to undress as a group of suspects stole his car early Wednesday, police said.

The incident happened shortly before 2 a.m. near the intersection of St. Louis and Vandeventer avenues.

The intersection near where a man was held up at gunpoint and forced to undress.
(Google Maps)

The victim was surrounded by two vehicles that pulled up next to his car and the occupants demanded he get out, according to investigators.

A group of four then pointed a gun at the victim and told him to take off his clothes, FOX 2 Now reported.

Police tracked down the car near the area of Union and Bircher Boulevards and a brief pursuit ensued, according to the station.

A woman was arrested near Riverview Drive and Scranton Avenue in connection with the carjacking. No further details were released on the other suspects.

Fox News has reached out to the St. Louis Metropolitan Police Department for updates on the case and will update this story accordingly. 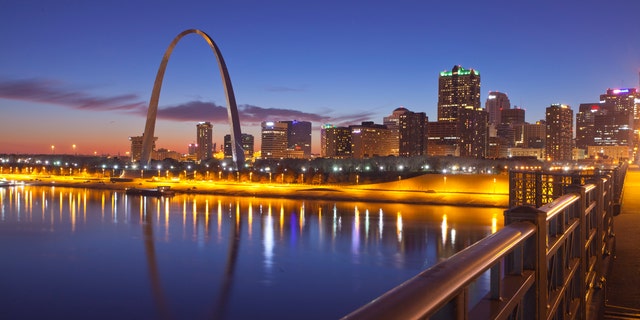 Carjackings have skyrocketed in major U.S. cities in recent years, prompting law enforcement and crime experts to call lawmakers to do more to address the rampant issue.