U.S. Secretary of Defense Lloyd Austin, in a wide-ranging interview Tuesday with Fox News, said he believes Ukraine is going to need “long-range artillery and tanks and armored vehicles” to fight back against Russia in the country’s south and east.

Austin sat down with Fox News National Security Correspondent Jennifer Griffin after meeting with dozens of defense ministers at Ramstein Air Base in Germany – a gathering he says was “all about making sure that we can continue to provide Ukraine what it needs to be successful in the fight today.”

“And as the fight has evolved, you’ve seen their needs change from a lot of at the beginning, a lot of anti-armor and anti-aircraft weaponry,” Austin said. “But as the fight in the south and east of the country continues, that’s a different kind of terrain.”

U.S. Secretary of Defense, Lloyd Austin, delivers a speech as he hosts the meeting of the Ukraine Security Consultative Group at Ramstein Air Base in Ramstein, Germany, on Tuesday, April 26.

“They’ll need different kinds of things to be able to shape that fight a bit better,” he continued. “So, we’re looking at long range artillery and tanks and armored vehicles and those types of things.”

Austin, when asked if he thought the conflict would resort to the use of nuclear weapons, said “I do not”.

But he also said he didn’t want to speculate “on any kind of a response that we would make” if Russia used a nuclear weapon.

“My job is to offer the president a range of options for anything that happens. I feel confident that I can do that no matter what happens,” he told Fox News. 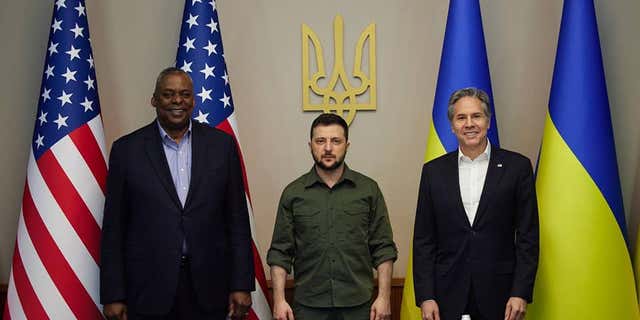 On Monday, Russian Foreign Minister Sergey Lavrov said the “risks now are considerable” when weighing the potential of the war in Ukraine becoming a nuclear conflict.

Austin on Tuesday called that rhetoric “dangerous” and “unhelpful.”

“We’ve said over and over again that a nuclear war cannot be won by either side. And so I think saber rattling and rhetoric like that is just unhelpful,” he told Griffin. 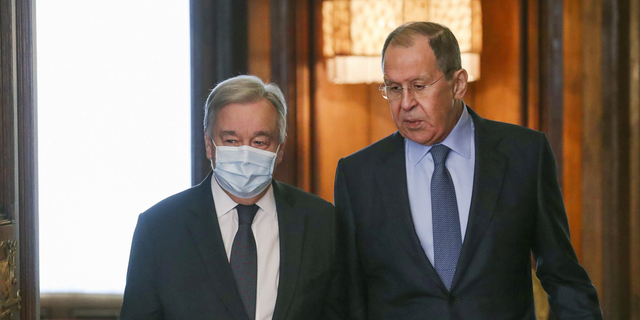 Austin said it is “hard to say motivating Mr. Lavrov” to make comments like that, “but again, I think that kind of talk should be avoided.”

Ultimately, Austin said he believes “every day” is important in Ukraine’s war against Russia.

“Every day is important in a fight like this,” he said. “And so we want to make sure that as this fight evolves, that the Ukrainians have what they need to be successful and they can be successful. They believe that.”