Russian U.N. Ambassador Vassily Nebenzia raced out of a U.N. Security Council meeting on Monday as the head of the European Council accused Moscow of fueling a global food crisis and committing war crimes with its invasion of Ukraine, a report says.

European Council President Charles Michel had called the meeting to discuss reports of sexual violence in the war-torn country – describing the alleged crimes as “a tactic of torture, terror and repression” by Russian President Vladimir Putin’s army, according to Reuters.

“You may leave the room, maybe it’s easier not to listen to the truth,” Michel reportedly told Nebenzia directly as he stormed out.

Earlier in the meeting, Nebenzia said he “categorically refuted” any claims of sexual violence being carried out by the Russian military inside Ukraine.

The Russian official later told Reuters that he “couldn’t stay” in the Security Council chamber due to “the lies that Charles Michel came here to distribute.”

Russia’s invasion of Ukraine, which began on Feb. 24, has caused prices of food items like grains and cooking oils to soar. 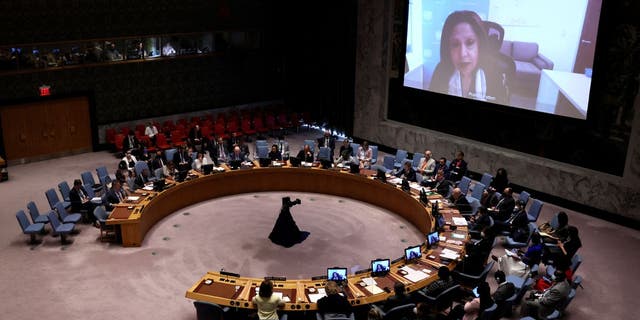 Pramila Patten, the special representative on sexual violence in conflict, is seen on a video screen as she addresses the U.N. Security Council in New York on June 6, 2022, about Russia’s invasion of Ukraine.
(Reuters/Mike Segar)

The two warring countries, which export goods including corn and fertilizer, also account for nearly a third of the world’s wheat supply, Reuters reports. 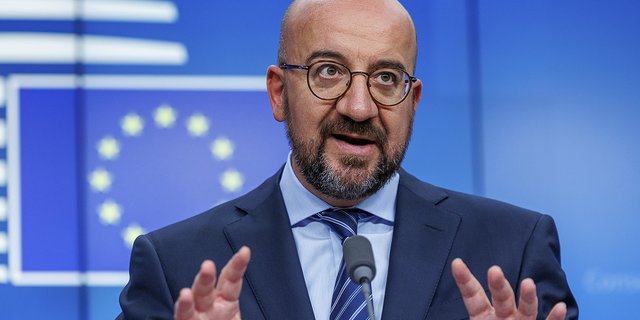 “Mr. Ambassador of the Russian Federation, let’s be honest, the Kremlin is using food supplies as a stealth missile against developing countries,” Michel reportedly said in a speech to the 15-member U.N. Security Council. “Russia is solely responsible for this food crisis.”