Russia’s ambassador to Germany Sergey Nechayev told state-owned media on Friday that Germany had “crossed” a red line by proving arms to Ukraine.

“Supplying the Ukrainian regime with German weapons is not only against Russian servicemen, but also against the Donbas civilians,” Nechayev told RT.  “It is certainly the red line which the German authorities should not have crossed.”

The ambassador’s comments come one day after German defense officials pledged weapons and equipment for Ukraine as it faced backlash at home and abroad for not doing more.

Ukrainian servicemen ride on an armored personnel carrier as they make their way along a highway on the outskirts of Kryvyi Rih on April 28, 2022, amid Russia’s military invasion launched on Ukraine.
(ED JONES/AFP via Getty Images)

The announcement is not the first time Germany has appeared to backtrack its stance on sending more aid to Ukraine after suggesting its own stocks were vulnerably low.

“Disappointing signals from Germany while Ukraine needs Leopards and Marders now – to liberate people and save them from genocide. Not a single rational argument on why these weapons cannot be supplied, only abstract fears and excuses,” Kuleba said in an unusually fiery message. “What is Berlin afraid of that Kyiv is not?” 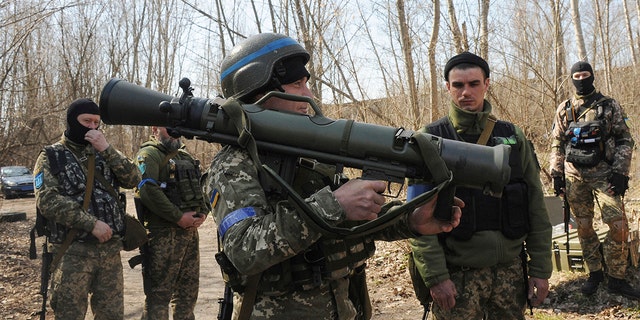 Kuleba’s comments came after Lambrecht said Monday that Germany could not send Ukraine tanks or other vehicles despite its pleas as it makes gains against Russian forces on the front lines.

“It’s not so simple just to say ‘I’ll just risk that we won’t be able to act, the defense of the country, by giving everything away’,” she reportedly said. “No, I won’t do that. But we have other possibilities, from industry, with our partners.”

Russia has repeatedly used escalatory language regarding Ukrainian arms supplies from the West. 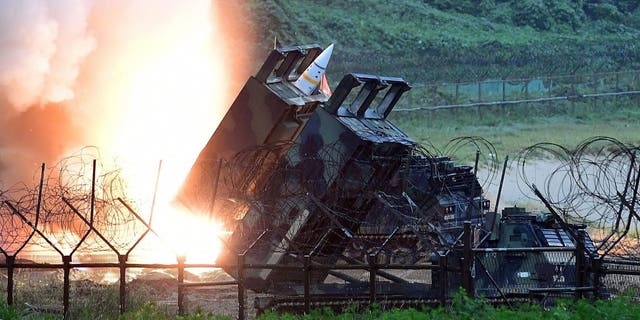 Foreign Minister Maria Zakharova on Thursday warned the U.S. that sending Ukraine longer-range missiles like the Army Tactical Missile System, which has a range of roughly 185 miles, would again be a “red line” crossed.

The Biden administration has repeatedly said it does not intend to send longer-range missile systems to Ukraine, citing fears over sparking a third World War.