Russian President Vladimir Putin on Monday is accusing the United States and its allies of trying to “split Russian society” following its invasion of Ukraine.

Speaking at a meeting with top officials at the Prosecutor General’s office, Putin said Russia has come under “unprecedented Western sanctions” for its military campaign in Ukraine, which is now in its 61st day.

He charged that the U.S, and its allies have sought to “split the Russian society and to destroy Russia from within,” adding that their plans have failed.

Russian President Vladimir Putin delivers a speech during a meeting of the executive board of the General Procurator’s Office in Moscow, Russia, on Monday, April 25.
(Sputnik/Sergey Guneev/Kremlin via Reuters)

He also noted that they should focus on exposing “open provocations” against the Russian military allegedly involving international media and social platforms.

At one point during the meeting, Putin claimed Russia foiled a plot by a “terrorist group” to kill state TV propagandist Vladimir Solovyev, according to Reuters. 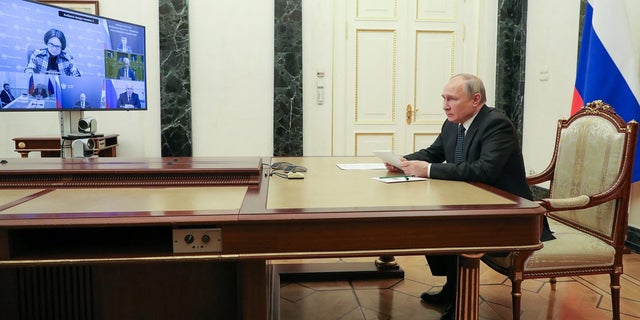 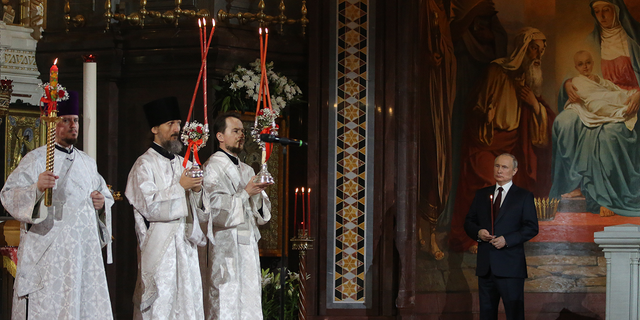 But Ukraine said in a statement that it has “no plans to assassinate V. Solovyev,” Reuters reported.