San Francisco police arrived at the home around 2:30 a.m. on Oct. 28 and found Pelosi in his pajamas and the intruder wearing shorts, sneakers and a sweatshirt, according to a superseding indictment returned last week.

The encounter lasted just 15 seconds from when Pelosi opened the door for officers to when the hammer attack took place, according to the filing, and was recorded on the body-worn cameras of two responding officers.

“The two officers opened the door to see the foyer of the Pelosi Residence, Mr. Pelosi, wearing a long-sleeved shirt, DEPAPE in shorts, running shoes and a sweatshirt, and DEPAPE and Mr. Pelosi jointly gripping a hammer,” the indictment reads.

One of the officers ordered them to drop the hammer. DePape replied, “Ummm, nope,” wrestled it from the 82-year-old’s grip and cracked him on the head, causing a skull fracture and other injuries, according to authorities.

Police immediately tackled DePape and called an ambulance to treat Pelosi, who was bleeding from a head wound. According to the new filings, officers recovered a cellphone, cash, transit passes and “an unidentified card” from DePape’s right pocket, as well as tape, rope, gloves and a journal from his bag, among other items. 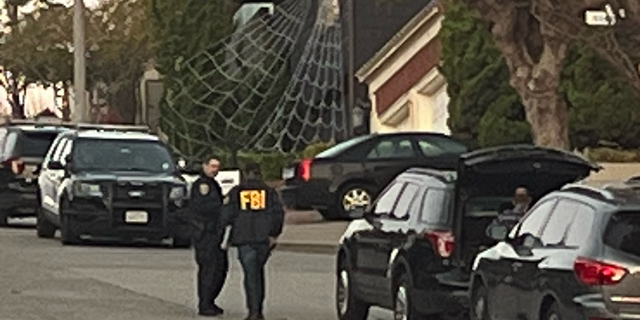 Paul Pelosi, the husband of House Speaker Nancy Pelosi, was severely beaten by an attacker who broke into their San Francisco home in the early moning of Friday, October 28th, 2022. Paul Pelosi, 82, was taken to the hospital and is being treated by doctors for injuries after he was beaten with a hammer.
(Fox News)

One of the addresses belonged to someone identified in the indictment only as “Target 1,” who investigators said DePape identified as “’way up’ on his target list.”

“He explained that he had a plan to use Speaker Pelosi to lure Target 1,” according to the probable cause statement, and that he viewed the congresswoman of “leader of the pack” of Democratic officials he accused of “lies.”

Many of DePape’s statements came on a Mirandized and recorded interview in which investigators say he confessed to swinging the hammer with “full force” and claimed he wanted to break the congresswoman’s “kneecaps.”

DePape, an illegal immigrant from Canada, faces federal charges of assaulting an immediate family member of a federal official and attempted kidnapping of a federal officer. He also faces a slew of state charges that carry a maximum penalty of life in prison.