It took five years of planning, including trying to raise $3.6 million to fund it. Kane said the journey was worth it when, on Saturday, families flooded into the RWJBarnabas Health Field of Dreams in Toms River for the first time.

Kane and his wife, Mary, were committed to completing the 3.5-acre project for their son, Gavin, who suffered a traumatic brain injury at just 19 months old.

Kane remembers the day vividly. On July 12, 2012, he and his son were making a left-hand turn into the Toms River North High School around 9: 30 a.m. when they were hit by a fully loaded beer truck.

As a result of the accident, Gavin, who had been in the back seat, lost his ability to speak and walk on his own. However, as time passed, the Kanes realized that he could still write, read, add and multiply.

Gavin, now 11, also has the same drive to participate in activities – from playing sports to running around on the playground – like any other child, Kane said.

“He wants to be a typical kid,” he said.

When they started taking Gavin to the playground, the Kanes realized that there was nothing for him to do there except use a red swing.

The Kanes set out to change that, giving up much of their lives so they could make sure Gavin lives his to the fullest.

It started out as a baseball field, but the dream kept growing.

They decided to create an all-inclusive playground where every kid could play at the same level. Features include a pavilion, basketball court, miniature golf course, trampoline, zip line, bocce court, snack shack and walking area circling the entire complex. 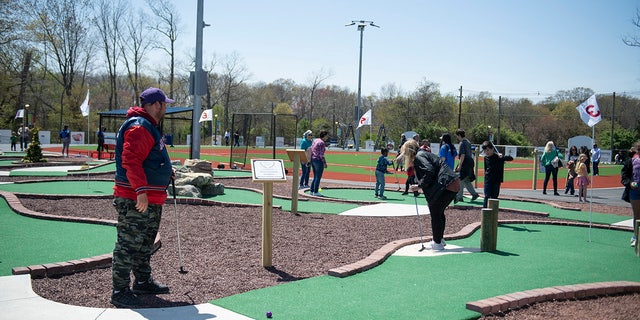 There is a quiet area for children with autism to sit with their family or caretakers and “thrive stations” to help people who are rehabilitating from surgery or to assist those recovering from chemotherapy.

“It’s a special needs complex for those of any age, of any ability,” he said. “We wanted to build something for everybody so that… a caretaker could bring their loved one and not have to be stared at but also participate.”

And there is nothing like it in the entire country, he added.

To complete this dream, they needed millions of dollars. Even though Kane didn’t have the money, he promised the construction crews he would find a way to get it, and told them to keep building.

It was no small task for a full-time teacher and father of six kids.

“Every single day I become Gavin’s body because he wants to walk here and there, he wants to go to the bathroom, he wants to play,” he said. “I now become his body so that he can do these things.”

When the Kanes aren’t taking care of Gavin, they are helping their five other children. 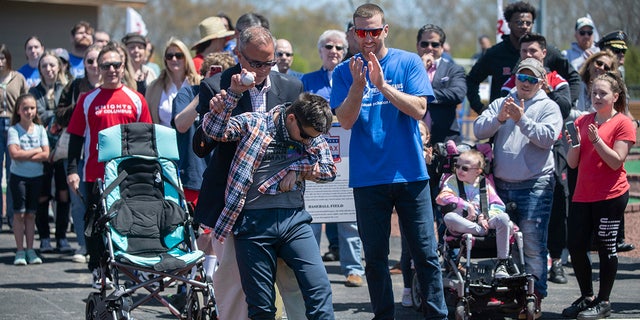 “It’s a special needs complex for those of any age, of any ability,” Christian Kane said.
(RWJBHfield of Dreams)

“Whenever I have a moment of time, whenever that may be, I work on raising enough money to build this complex,” he said.

However, Christian Kane said he couldn’t do it without his wife who “gave up her entire life” to be Gavin’s nurse, doctor, teacher and cheerleader.

As of now, the Kanes still owe $300,000 to pay off this project. But, Kane said that if a high school math teacher can figure this out, other companies and institutions should be able to as well.

“I want this to be a national story because I want every other mom or dad out there who’s living my pain to know that, ‘Hey, listen, I can help you build one of these,'” Kane said.