The Los Angeles Police Department released dashcam and bodycam footage of a shooting from last month in which police shot and killed a man armed with a gun and allegedly shot at police.

Police were alerted through a radio call at around 10:40 p.m. on June 19 of a man with a gun near Van Nuys Boulevard and Laurel Canyon Boulevard, LAPD wrote of the incident in a statement. After officers arrived to the area, they spotted a man with a firearm who matched the description of the suspect.

Officers then exited their vehicles and used their car doors for protection. One officer shouted commands at the suspect but was ignored. The suspect brazenly pulled a gun from his waist and began shooting at police, the video appears to show.

The individual was struck by police fire and had to be transported to a hospital for treatment for his injuries. The suspect succumbed to his injuries at the hospital.

The suspect, later identified as 24-year-old Oscar Santiago, was the only person injured during the incident.

Santiago was allegedly armed with a loaded 9mm semi-automatic handgun, which was recovered at the scene by police.

An investigation is underway to determine if the officers’ use of force was warranted, LAPD said. The department said its specialized Force Investigation Division had responded to the scene and interviewed witnesses and supervised evidence collected. 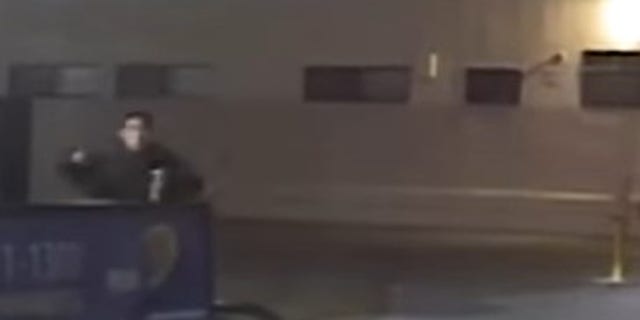 The suspect had allegedly pulled a gun from his waist and began shooting at police.
(Los Angeles Police Department)

“The complete investigation will be reviewed by the Chief of Police, the Board of Police Commissioners, and the Office of the Inspector General to determine the thoroughness and accuracy of the investigation and whether the use of deadly force complied with LAPD’s policies and procedures,” LAPD said in its statement. 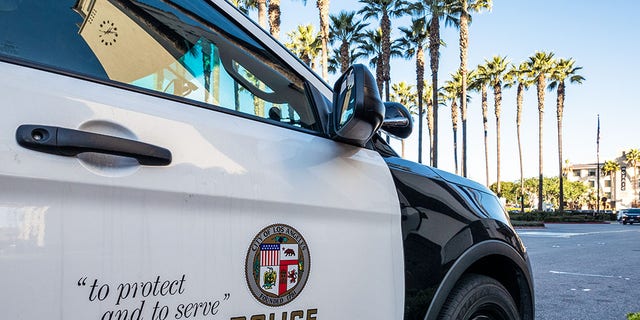 The suspect was shot by police and had to be transported to a hospital, where he would succumb to his injuries.
(iStock)

“Additionally, the Los Angeles County District Attorney’s Office who responded to the scene will review the subsequent FID investigation, evidence collected, and witness statements to determine if the force used by the officer was reasonable,” the statement continued.