Russia on Tuesday once again escalated the threat of nuclear warfare amid its illegal campaign in Ukraine by alleging that with the support of the U.S. Kyiv is developing nuclear weapons.

“The need for demilitarization is due to the fact that Ukraine, saturated with weapons, poses a threat to Russia, including from the point of view of the development and use of nuclear, chemical and biological weapons,” Secretary of the Russian Security Council Nikolai Patrushev, said according to state-owned news agencies.

People watch as smoke rises in the air after shelling in Odesa, Ukraine, Sunday, April 3, 2022.
(AP)

The Kremlin has previously claimed without evidence that Ukraine is developing a nuclear weapon, but it escalated its accusations this week after Russian Foreign Minister Sergey Lavrov said that the threat of nuclear conflict “is real.”

“The danger is serious,” Lavrov told Russian media. “It is real. It should not be underestimated.”

Last month the UN’s nuclear watchdog, the International Atomic Energy Agency, said there was no evidence that Ukraine was developing any nuclear weapons.

Following the collapse of the Soviet Union, Ukraine in 1994 agreed to give Russia all nuclear warheads that were left in the former Soviet state in exchange for security guarantees, and by 1996 it had handed over all nuclear weapons. 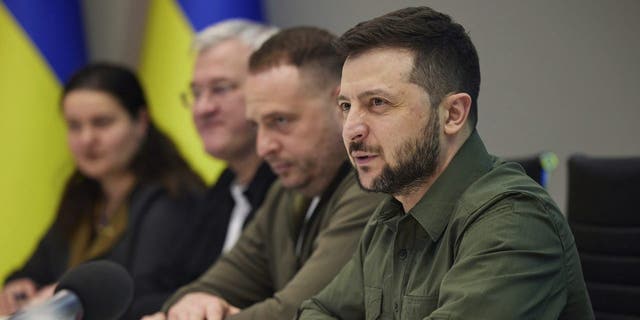 Ukrainian foreign minister Dymtro Kuleba said Lavrov’s comments were a last-ditch effort to “scare the world off supporting Ukraine” as Moscow has failed to achieve any military victories over the country despite more than 60 days of fighting.

“This only means Moscow senses defeat in Ukraine,” he said in a post on Twitter. “Therefore, the world must double down on supporting Ukraine so that we prevail and safeguard European and global security.” 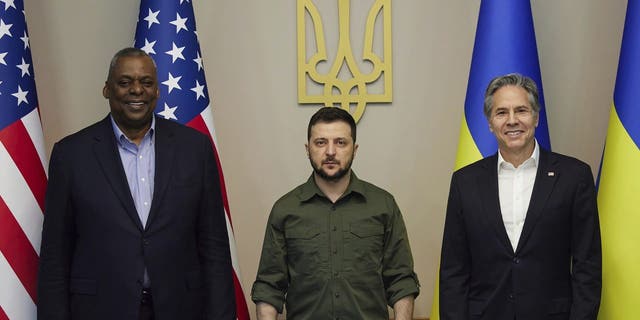 “I think this any bluster about the use of nuclear possibility, of use of nuclear weapons, is very dangerous and unhelpful,” Austin told reporters Tuesday. “Nobody wants to see a nuclear war nobody can win it.”

Patrushev once again alleged that Russia’s “special military operation” in eastern Ukraine was to rid it of “neo-Nazis” that he claimed were “created by the efforts of the West.”