Republican Senator Lindsey Graham and Elon Musk are feuding over how the United States should handle Russia’s invasion of Ukraine. And the result of their disagreement could prompt a shift in U.S. policy, the lawmaker suggested.

Musk, the founder of Telsa and CEO of SpaceX, offered a “solution” to the Russia-Ukraine War that included Ukraine handing over Crimea to Russia and Ukraine staying out of NATO, in return, Russia should quit any further militaristic invasion.

“With all due respect to Elon Musk – and I do respect him – I would suggest he needs to understand the facts of the Russian invasion of Ukraine,” Graham tweeted Wednesday.

Musk, advocating for a more democratic approach, said the U.S. should respect the outcome of some referendum elections in Eastern Ukraine, which resulted in several Ukrainian regions voting to join Russia.

Experts believed elections in four Ukrainian regions — where Donetsk, Luhansk, Kherson and Zaporizhzhia voted to join Russia — were orchestrated by the Russian government and conducted by pro-Russia separatists.

He said in a later tweet Kherson and Zaporizhzhia “almost certainly do not want to join Russia” but they were annexed by Russia “to ensure a land bridge and water supply to Crimea.”

In February, Russia invaded Ukraine as President Vladimir Putin claimed Ukraine did not observe the results of similar elections in the eastern regions which similarly voted in Russia’s favor.

“Assuming you believe that the will of the people matters, we should, in any given conflict region, support the will of those who live there,” Musk tweeted in response to the South Carolina Republican. 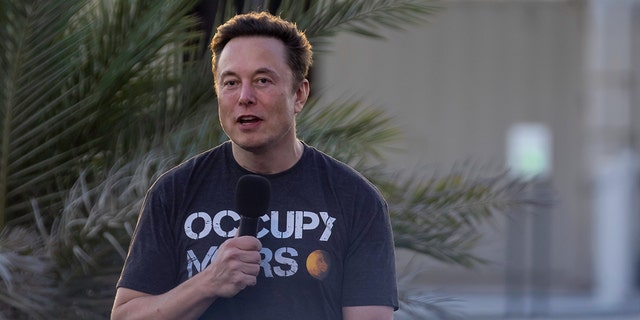 Musk added: “Most of Ukraine unequivocally wants to be part of Ukraine, but some eastern portions have Russian majorities and prefer Russia.”

A defiant Graham called Musk’s plan “dumb” and an “affront” to Ukraine’s defense of their country.

“Suggesting we end the Russian invasion by simply giving Russia parts of Ukraine – after all the suffering – is dumb,” Graham tweeted. “It is also an affront to the bravery of the Ukrainians fighting to defend their homeland.”

The senator also shared his own idea for a solution: Russia should observe the terms of their own 1994 agreement which included honoring the territorial integrity of Eastern Ukraine and Crimea, he said.

NORTH KOREA SIDES WITH RUSSIA IN ANNEXATION OF UKRAINE

Graham ended the debacle suggesting the U.S. should direct its attention to changing electric vehicle tax credit, which intends to allow more Americans to purchase electric vehicles, as it benefits the Musk-owned Tesla.

He added: “It could be a good way to help save money by applying those funds to assisting Ukrainians in defending their homeland.”

“It is very positive that somebody like Elon Musk is looking for a peaceful way out of this situation,” Kremlin spokesman Dmitry Peskov told reporters, according to Reuters.

“Compared to many professional diplomats, Musk is still searching for ways to achieve peace. And achieving peace without fulfilling Russia’s conditions is absolutely impossible,” he added.

The Ukrainian government does not officially recognize the results of the referendum elections, which the U.S. and the West have called a sham.