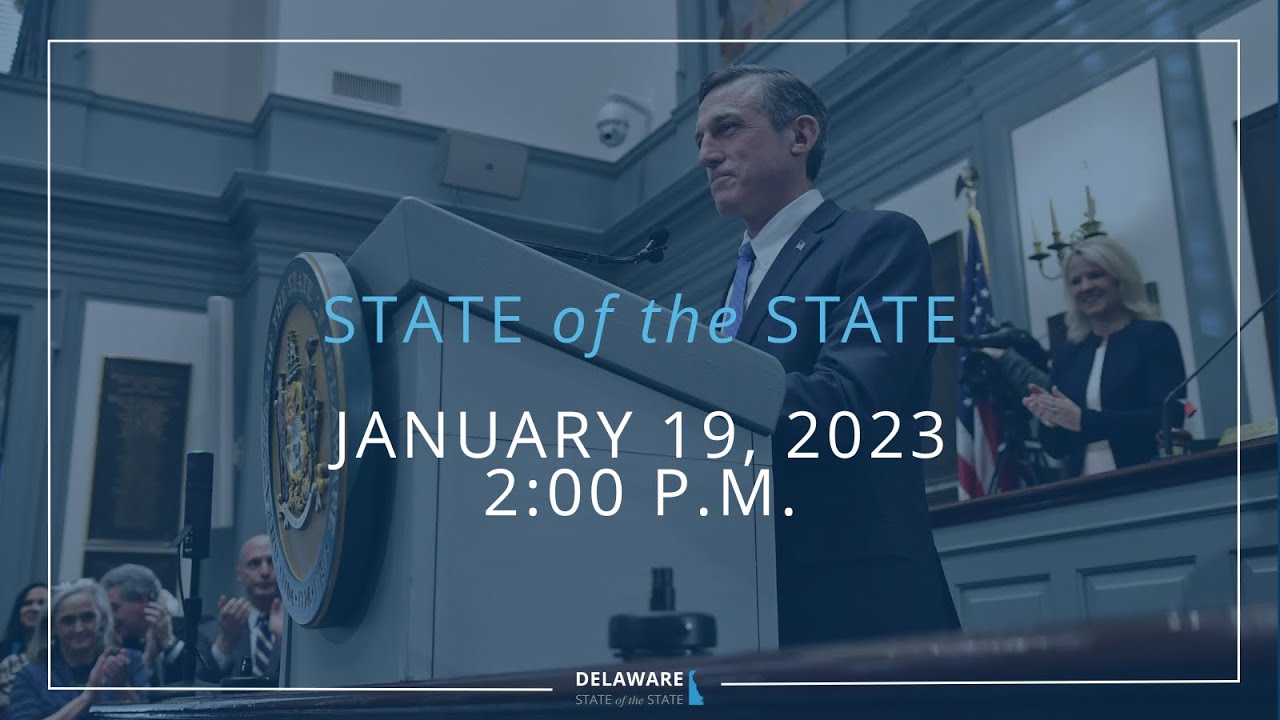 This was the first State of the State speech, since the beginning of the pandemic, in which lawmakers both appeared in person and many didn’t wear masks – a stark contrast to the previous addresses. The body of Democratic lawmakers that sat before Carney’s sixth address is more progressive and diverse than last session, which could set up possible internal fights on legislative issues.

While the speech laid out Carney’s priorities for the year, more details are expected to come next week when he reveals his budget recommendation.

Here are five takeaways from the State of the State:

Much of Carney’s speech focused on education, both to retain teachers and expand early childhood development.

Earlier this week, the governor announced that his budget recommendation will include a 9% pay increase for teachers, many of whom are leaving the state due to burnout or higher pay elsewhere.

Delaware, as of now, has the lowest average starting salary in the region.

An increase in education funding

Carney also noted how many students are not at reading and math proficiency levels. The state Department of Education reported in August that the average proficiency across all subjects and assessments was still lower than before the pandemic.

The average math proficiency across all public and charter schools was 30% in 2022, while 42% of students were proficient in English language arts.

“Here’s the uncomfortable truth: Too many students are behind,” Carney said. “That’s especially true among our most vulnerable students.”

INSIDE LEG HALLDelaware lawmakers are back in session. What you need to know about shake-ups, new faces

In his announcement earlier this week, the governor pledged to increase opportunity funding to more than $50 million, which will go to low-income students and English learners at Delaware public schools. More money will also go to the Wilmington Learning Collaborative, a governing board that plans to oversee and improve outcomes for children in schools that are within city limits.

One of the biggest challenges facing Delaware is filling the number of open jobs in the state.

“For my entire career in public service, we’ve been focused first on creating jobs,” Carney said. “There have always been more people looking for work than jobs available.

“Today, it’s just the opposite. We have thousands more job openings than we have people looking for work.”

The governor said Delaware businesses have 37,000 job openings, but only 21,000 residents looking for a job. There are 2,000 openings just among state agencies.

“I’ve never seen a situation like this before,” he said.

To beat this, Carney said, the state will need to keep more University of Delaware and Delaware State University graduates in the First State.

Federal funding, Carney said, will go toward rehabilitating blighted homes in buildings on Wilmington’s East Side, an issue the city has tried to confront for years.

The state and Wilmington officials hope to “reenergize” the community neighboring the new Bancroft school, he said. Similar housing investments will be made in Dover and Milford.

The governor added that more affordable housing investments will be announced in his budget presentation.

A focus on electric vehicles

Carney ended his address by focusing on the environment, in which he said Delaware’s “natural heritage is under threat.”

“The effects of climate change and sea level rise on Delaware communities are real,” the governor said. “We’re seeing them every day.”

He said federal funding will go to building an infrastructure for the charging of electric vehicles, which environmentalists say are more eco-friendly and less dependent on fossil fuels. Republicans have previously killed legislation that would have added more charging stations.

The governor plans to “restore investments” to the Clean Water Trust, which addresses drinking water, wastewater and drainage needs.

In his more than 30-minute speech, Carney was his most passionate when speaking about roadside litter – his personal pet peeve.

“You know by now how I feel about it. I can’t stand it,” he said. “I’ll often stop my car to pick up litter on the side of the road. It drives my passengers crazy.”